During April and May, hie thee to Seattle to see performances with Samantha Rund, Erwin Thomas, Rachel Kessler and Sierra Nelson!

Did you work with Samantha Rund making Shakespeare’s words your own? Did Erwin teach you there are no bad sounds? Did Sierra Nelson or Rachel Kessler introduce you to the wonderful technology of typewriters and magic of words? Check out their upcoming performances.

Samantha Rund
Saving Face
Sunday, April 17 at 2 p.m. & Monday, April 18 at 7:30 p.m.
Location:
UW Ethnic Cultural Theater
3940 Brooklyn Ave. NE
Seattle, WA
Saving Face is a new play exploring the themes of identity, loss, allies and adolescence. It revolves around two girls Jayla and Ophelia, and what they do when life gets difficult.
The play is written by Samantha, with some text borrowed from William Shakespeare to compile the character of Ophelia.

Erwin Thomas
Jackie & Me
April 28-June 5, 2011
Location:
Charlotte Martin Theatre
Seattle Center
Seattle, WA
In Jackie & Me, young Joey Stoshack has the special power to travel through time just by holding a baseball card and concentrating really hard. When he’s given an assignment to write a paper on Jackie Robinson, it only makes sense to head back to 1947 and meet the famous baseball player. Through his adventures, Joey experiences what it’s like to be African-American during a time of segregation. He witnesses Jackie’s dedication and determination when even people on his own team are against him. 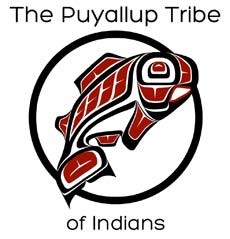