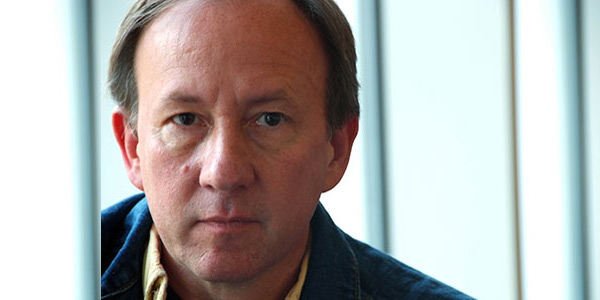 John Lilly will be teaching at Voice Works this June (2013). John is a guitarist, songwriter, folklorist and dancer who lives in Charleston, West Virginia. His repertoire is drawn from the well of traditional music of The United States. John writes shining, soulful, yet humble songs. It’s not hard to understand why he has won multiple songwriting competitions over the years. John has released six CDs, and his latest, “Cold Comfort,” debuted at the #1 position on the Freeform American Root (FAR) radio chart, and features guest artists Bill Kirchen, Sonny Landreth and Tim O’Brien.

Tell me about the secret life of a songwriter. Do you set time aside for songwriting every day?

I started writing songs because I thought it might be easier than learning them. I was wrong! But I have been inventing and reinventing melodies and lyrics since very early childhood, with wildly varying results. As far as a regimen is concerned, I am constantly on the lookout – with my antennae up – searching for song ideas. Conversations, road signs, annoyances, misunderstood phrases, etc. Once I hear a likely phrase (the other day I thought of the old expression “He’s pickled” referring to someone who has had too much to drink) I roll it around in my mind to see if it wants to be a song. Most don’t! If a song starts to take shape, I begin the actual process of constructing lines of verse and melody. All of this usually takes place while I am going through my daily activities. It happens a lot when I’m driving, but it can happen on my way to work, while I’m trying to fall asleep, in the shower, or even having a conversation.

I seldom write down the lyrics and never write down the melodies. Once things are pretty well solidified in my little brain, I cautiously get out a guitar and find where it lives on that instrument. Many (most) writers keep a note pad handy (I don’t), grab a guitar or sit down at the piano to compose (I don’t), or co-write with someone else (I do this very seldom). For me, songwriting is a nearly constant pursuit. At this stage of my life and career, I no longer anguish over the inevitable dry spells or clunkers. As I continue to write, fresh ideas do appear and an occasional gem emerges from the dirt. That’s the payoff!

Can we hear a little about your latest performances, projects and/or obsessions?

I have been fortunate in the past two or three years to have rounded some sort of corner with my songwriting, both in terms of quality and quantity. I am now in the unfamiliar position of having way more original songs – good original songs, so I am told – than I can realistically perform myself or even learn myself. So I am finding outlets for these songs wherever possible.

I have a new three-piece band called Blue Yonder (with guitarist Robert Shafer and bassist Will Carter) and my original songs are the bulk of the band’s repertoire. While not making a big deal out of pitching songs to other artists, I find myself sending songs to people fairly regularly – several of them have been recorded, surprisingly enough, by bluegrass artists. Also some country and rockabilly folks. Nobody rich or famous – yet! I’ve also had some success with songwriting contests, having won a customized guitar in one and $5,000 in another.

Unrelated is the annual Hank Williams Tribute concert, which I and some friends have been doing for the past 10 years now. Begun as a 50-year memorial to Hank’s passing in Oak Hill, West Virginia, on New Year’s Day 1953, it has grown into quite a show, and quite an event around here. Details and hi-res video clips are on-line at www.hankwilliamstribute.com.

Which artist/songwriter (living or deceased) do you most find yourself returning to as guiding light or inspiration? Or just tell me who you think sounds like heaven.

I remain an avid Hank Williams fan. His writing is the epitome of country depth, rustic poetry – the Hillbilly Shakespeare. His vocal style – with two-octave range and gut-wrenching yodel – can bring any song to life (take for example “On Top of Old Smoky”…) And the range of his repertoire, from folk to honky-tonk to swing and back again, is captivating. Can’t get enough!

Lately I have also been immersing myself in early Willie Nelson. Captivating in a different way, and not nearly as consistent as Hank Williams, the early Willie stuff is very stark and emotional. Also challenging both musically and lyrically, but fiercely original and undeniably country.

Some hints about what you’ll be teaching at Voice Works?

Songwriting: Given the opportunity, I would like to bring songwriting into the mix. Something like “New Songs with an Old Soul.” Talk about and demonstrate classic country and old-time songs, seeing them from a songwriter’s perspective – how they are put together, what makes them tick, what makes them great. Then look at some new songs in that same style of music and see how – or if – they carry on some of the same traditions or maybe break a few “rules.” I would want to discuss songs from a variety of sources, including student songs, radio songs, staff songs, and a few of mine.

Hank Williams: I would also very much enjoy a daily Hank Williams fix. We could jam on the classics, go deep into his repertoire, and even try to work up some of the quartet things he did on his cool radio shows.

Yodeling: I don’t see it as anything more than a one-hour special session, but I am always happy to work with students who want to learn to yodel. I’ve done this workshop many, many times.

Read more about John and listen to samples of his music: http://pages.suddenlink.net/johnlillymusic/