If you were part of the first handful of Festival of American Fiddle Tunes gatherings, you probably saw and heard Don Mussell. A musical adventurer with an eye for the visual – Don was an avid Fiddle Tunes workshop participant as well as an unofficial documentarian in the late 70s and early 80s. 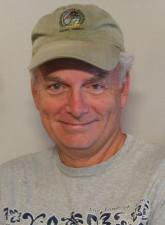 Recently, Don gave us permission to post and share some of his terrific photos from the 1977-1984 Festivals. We’ve created a collection of his photos on our Flickr site.

Since 2013 is Centrum’s 40th Anniversary – we thought that showcasing Don’s work might serve as a catalyst for all of you other Festival of American Fiddle Tunes participants to share the photos you’ve taken over the years. Look to the end of the post for information on how you can do that.

We are grateful for Don and his visual legacy – so we wanted to get to know him a bit more and share that with the rest of the community:

Tell us about yourself and your journey into fiddle music:

I am a baby boomer – born in 1951, grew up in the southern California area, and had grandparents and great uncles in the movie business. Even my Mom was working in Hollywood as a teenager and was in a few movies as an extra. I loved music of all kinds as a kid, built my own 78 rpm turntable to play the records that were in the house. Built my first radio transmitter when I was about 7 or 8 years old. Heard the Weavers, the Kingston Trio and others when I was 5 to 8 years old. Then I heard the New Lost City Ramblers in 1959 when I was 8. It was all downhill from then on.

I played guitar when I was a teenager, electric bass in a couple of garage bands, and somehow found myself at KPFK in North Hollywood when I was 14, and by the time I was 16 was doing a semi-regular radio show in the overnight hours. I loved British folk and folk music in general, and liked a big variety of styles, including old-time fiddle. I could finger-pick at 17 and liked to noodle around with fiddle tunes on the guitar. Played lead guitar and bass in a couple of folk-rock bands.

I took up the fiddle as physical therapy to get my left hand working again after a serious injury. The tunes where in my head, and the guitar hurt too much to play, at least early on. By the time I was in my mid-20’s, I was making a living as a broadcast engineer, but spending lots of time in the Bay Area at the San Francisco Folk Music Club, playing with Greg and Jere Canote in the “Small Wonder String Band”, and generally trying to figure out how the world worked.

How did you first learn of the Festival – what made you decide to attend?

My good friend Paul Hostetter in Bonny Doon (California) told me of a get-together up in Port Townsend in the summer of 1977. So I drove my pickup truck up from Santa Cruz, had my standup bass in the back under a mattress, fiddle in the front seat, and $100 – and showed up. I was confronted with musical heros right next to me, and my mind was blown. It was great fun. So much that I was told that I needed to go back east and visit with some of them where they lived. I did that in 1978, after attending the ’78 Fiddle Tunes fest. I had told everyone I knew in the Bay area about it the year before, and so many of them also attended in 1978. It was quite the party!

What kept you coming back through the 80s?

The music, friendship, and the opportunity to get away from crazy California. Did I mention all night jam sessions? And a gorgeous setting. Yeah, all of that.

What is your fondest memory of those Festivals?

It is kind of hard to answer that in anything less than an essay. Oh, maybe sitting next to Benny Thomasson in the Bricks, playing “Midnight on the Water” with him. Playing with Dewey Balfa for days and days, and not wanting to sleep for fear of missing another magic moment. Sitting down with Canray Fotenot, hearing tunes, stories and incredibly bad jokes. Or that two hours with Howard Armstrong telling stories and playing tunes, and really getting to know him. Or perhaps seeing the intense connection in my generation between the music we were all attracted to, and the realization that we were being handed a legacy to nurture and pass on to the next generation. And the deep places my friends and I were able to get to inside the tunes we would play for hours on end in 204 and the schoolhouse. Geesh… Like I said, there is easily an essay or two here.

How did/does photography fit into your appreciation of or participation in music events?

I am a very visual person. And my family history includes photographers into the late 19th century. I started taking pictures when I was about 6 years old. I had a darkroom, developed and printed my own stuff. It’s in my bones. So I tended to bring a camera everywhere I went. But I did not know I was going to take so many at Fiddle Tunes. I was recording quite a bit on a portable cassette deck too, but the pictures helped me remember, and I really did not think about the long term legacy of doing that, I just wanted a way to remember those magic moments I was enjoying so much. I realized that it was out of control when after the 1979 festival, I had taken over 400 pictures in 5 days. A few rolls were initially lost to film developers, but I have most everything else. I know I got a little heat from some who thought I was being a bit forward with my camera, so I just tried harder to be candid. For the most part, I got away with it.

When was the last time you attended the Festival?

2007. It had been 20 years since the last time I went. Family, kids and all were the main reasons I stayed away. I went back and found that the place still had plenty of juice, and I had a great time. But later that year, I found myself living here in Hawaii, and it has been pretty tough to get away. I am pretty busy over here. A new era in my life, it seems.

Open thread – what are you thinking about these days?

I was so very happy to hear about other west coast gatherings sprouting up in the past ten years. There was a period of time in the 1980’s when my generation wondered if there was any long-term life left in old-time music. Some of us wondered, anyway. I am no longer doubtful that it will go on, and that the things we did were a kind of bridge for some that helped connect the old-timers to the teens and 20-something kids that are now playing this music with as much or more gusto than we ever could. They are too damn good! Makes me want to hang it up in someways. Luckily, it too much fun to throw it away, so we might be OK after all.

Are you a Festival of American Fiddle Tunes participant? We’d love to see and share your own photos. The three easiest methods:

3. Email us a selection of your faves to news@centrum.org – if you can keep them under 2MB each we’d appreciate it.