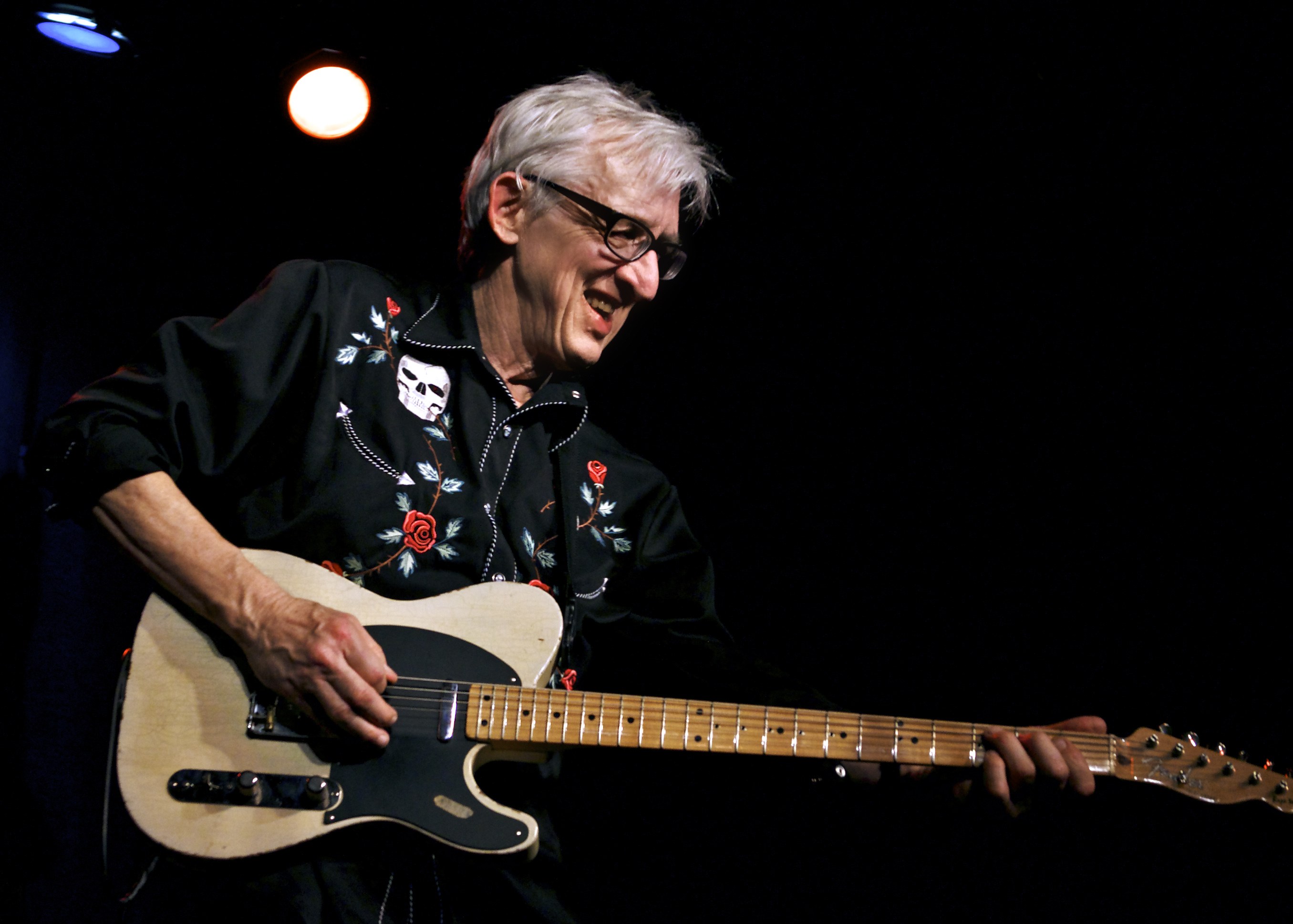 Bill Kirchen has been called the King of Dieselbilly, the Titan of the Telecaster and the Hammer of the Honky-Tonk Gods. His music straddles several genres — truck-driving music, Americana, country, rockabilly — but he sums it up as roots music. We love having Bill at Voice Works – he is a warm and generous spirit – and look forward to his return at the 2014 gathering. (He also rocks the polka dots.)

A virtuoso Grammy nominated guitarist, singer and songwriter, Bill is one of the fortunate few who can step onto any stage and elicit instant recognition for a career that has spanned over 40 years. His diverse résumé includes guitar work with Emmylou Harris, Elvis Costello, and Nick Lowe, and he was the original guitarist with Commander Cody and His Lost Planet Airmen, whose signature blend of rock ‘n’ roll, hard-core country, boogie and rockabilly produced a high-octane mix that propelled them into the stratosphere of San Francisco Bay area bands in the 1960s.

Bill champions an American musical tradition where rock ‘n’ roll and country music draw upon their origins in the blues and bluegrass, Western swing, and honky-tonk. NPR has a great interview with Bill that we highly recommend.