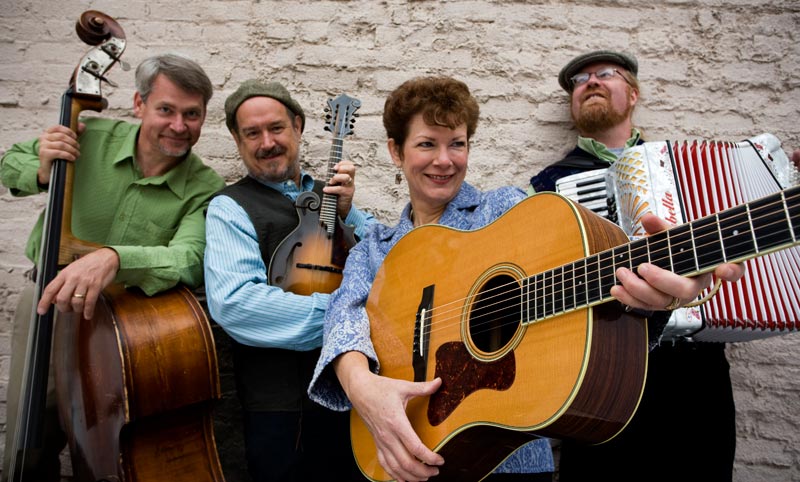 Whenever we convene a gathering of singers, harmony ensues. And when we think of harmony at Voice Works, we think of Sylvia Herold. Sylvia grew up in West L.A. in a musical family. Her mother, Virginia, played piano and sang Gilbert and Sullivan. Her father, Henry, played guitar and sang Johnny Cash songs. As a teenager, Herold became enthralled with traditional folk songs, and she began singing, collecting songs, and honing her guitar skills. She joined her first Irish band at 16, and at 20 she left L.A. for San Francisco, drawn by the vibrant music being made there.

Sylvia’s first swing harmony group, the Android Sisters, appeared regularly on local public radio in San Francisco. Although that combo lasted but two years, a deep appreciation for songs of the swing era blossomed. In the mid ’80s, she joined a new swing trio that would flourish for the next 16 years – Cats & Jammers. Her performance credits include Cats & Jammers, Wake the Dead, Euphonia, The Hot Club of San Francisco, and Sylvia Herold and the Rhythm Bugs.

In 2012 Sylvia and the Rhythm Bugs released “The Spider and the Fly” – which C. Michael Bailey of AllaboutJazz.com called “…seriously nostalgic”.

“This is soundtrack music to the American experience, easily understood and projected.”