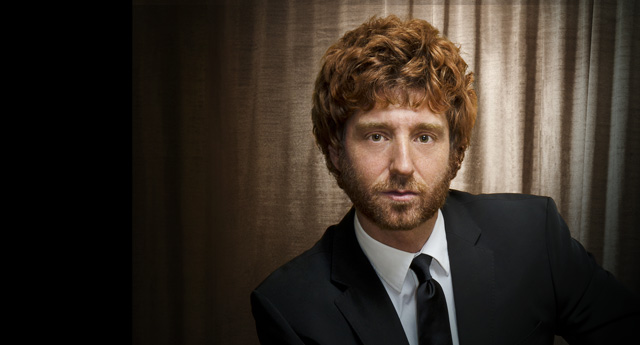 Pianist George Cables has played with Art Blakey, Sonny Rollins, Dexter Gordon, Art Pepper, Joe Henderson, and many other legendary jazz musicians. His own records include the 1980 Cables’ Vision with Freddie Hubbard among others. In the 1980s he worked in the project Bebop & Beyond, who recorded tribute albums to Dizzy Gillespie and Thelonious Monk.

George has been one of JPT’s most popular performers over the year. To highlight his music and his legacy, John Clayton has put together a one-of-a-kind ensemble that shouldn’t be missed.

Chicago-born vocalist Sachal Vasandani hit the scene in 1999, when Down Beat named him Collegiate Jazz Vocalist of the Year. He’s released three albums since, and has has worked with the Lincoln Center Jazz Orchestra with Wynton Marsalis. His 2009 release We Move, was chosen as a New York Times Critic’s Pick.

A San Diego native, Johnaye Kendrick attended the Thelonious Monk Institute of Jazz, where she worked with Terence Blanchard, Wayne Shorter, Herbie Hancock, Danilo Perez, Kurt Rosenwinkel, and Brian Blade. In addition to work with the Nicholas Payton SEXTET, Johnaye was also the featured vocalist with the Ellis Marsalis Quartet and the New Orleans Jazz Orchestra. The Orchestra won a Grammy® Award in the 2009 “Best Large Jazz Ensemble Album” category for their latest release, Book 1 on which Kendrick is featured.

Singer-pianist Dena DeRose has performed alongside the likes of Ray Brown, Clark Terry, Marian McPartland, Benny Golson, John Scofield, Deborah Brown, Jimmy Cobb, Ken Peplowski, and many others. She has 9 recordings as a leader to her credit, and her Dena DeRose – Live at Jazz Standard Volume 1 & 2 – with drummer Matt Wilson and bassist Martin Wind – was nominated for a Grammy, and charted in the Top 50 on the Jazzweek radio charts for over 12 weeks.

NEA Jazz Master Bill Holman’s music has been performed by for decades by bands led by jazz luminaries such as Count Basie, Woody Herman, Louie Bellson, Doc Severinson, Buddy Rich and many others. His unique and complex arrangements have long been appreciated by musicians and critics alike.

A long-time associate of Stan Kenton, for whom he would compose (and perform) for many years, Bill also wrote for jazz greats such as Louie Bellson, Count Basie, Woody Herman, Buddy Rich, Gerry Mulligan, as well as for high-profile vocalists such as Natalie Cole (including her Grammy Award-winning album Unforgettable), Tony Bennett, Carmen MacRae, Anita O’Day, Mel Torme, and Sarah Vaughan.

To date, Holman has received 14 Grammy nominations and won three Grammy Awards.In 2000, the Bill Holman Collection of scores and memorabilia became part of the Smithsonian Institution’s permanent collection in Washington, DC. In 2006, he was inducted into the Rutgers Jazz Hall of Fame, and in 2008, he was doubly honored: a Golden Score Award from the American Society of Music Arrangers and Composers and a place in the American Society of Composers, Authors and Publishers Jazz Wall of Fame.