Acclaimed Big Band composer, George Stone, leads Centrum’s fall Big Band workshop at Fort Worden from October 23-26.  As a special treat, local audiences are invited to attend the culminating concert associated with our esteemed musicians from throughout Washington State who will comprise the band.  Enjoy stellar arrangements of perennial favorites as well as fresh compositions that showcase some of Seattle’s best! 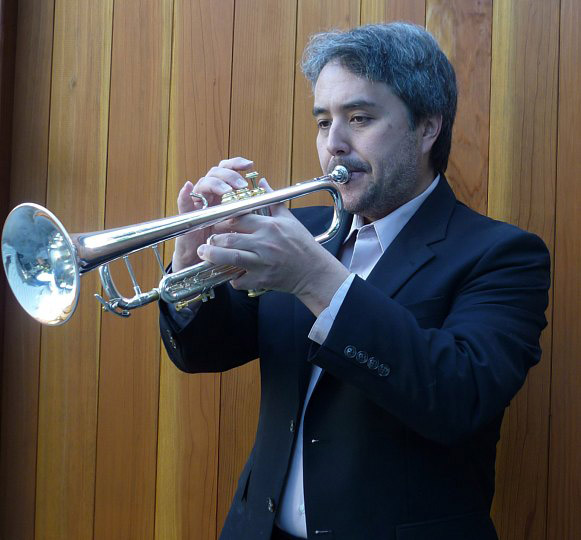 George Stone has had a true love and appreciation of jazz music since the age of five when he first heard Maynard Ferguson’s record called Newport Suite.  By first grade he was listening daily to recordings of groups such as the Four Freshmen, The Hi-Lo’s, Woody Herman, Buddy Rich, Bud Shank, Frank Rosolino, Howard Roberts, the Sauter-Finegan Orchestra, the Candoli brothers, Gerry Mulligan and Paul Desmond. He memorized the layers of each tune, from the melody to the bass line to the accompaniment parts and horn parts.  It became evident at an early age that George was gifted in musical ability and he knew that was what he wanted to do with his life.

George has enjoyed a rewarding career in music education for 24 years. He teaches Music Theory and Composition and Audio Technology at Cuesta College in San Luis Obispo CA.

While at college, George began his career working in Los Angeles as a studio musician, composer and orchestrator.  Some artists and groups with whom he has been privileged to work include Maynard Ferguson, Clare Fischer, Dave Grusin, Tom Scott, the American Jazz Philharmonic (SJO) and the Tonight Show Orchestra with Doc Severinsen.  He has composed for CBS, NBC, HBO, ABC and Disney.  He is in demand as a recording engineer, producer, trumpet player and pianist.