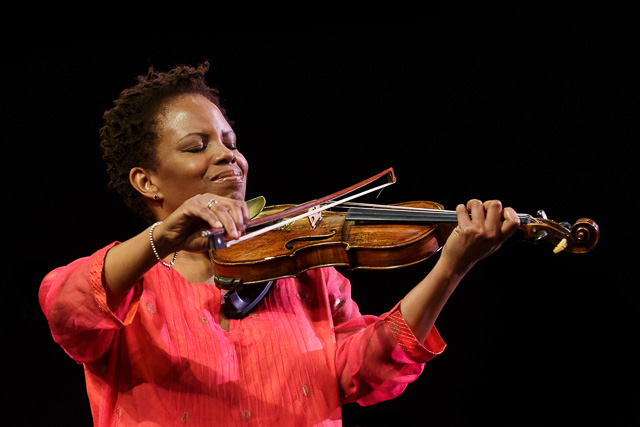 Violinist Regina Carter demonstrated her varied training and experience during her concert at Centrum’s 2015 Jazz Port Townsend festival. The concert, which will air exclusively on 88.5 KPLU and kplu.org on Sunday September 13, 2015 at 2 PM Pacific, includes standards and blues, African music and an original by her drummer Alvester Garnett. Also joining Regina Carter in this concert are pianist Benny Green and bassist John Clayton.

Drawing upon classical technique and the easy swing of such early jazz violinists as Stuff Smith, Ms. Carter drew expressive music from her violin that reflected her wide ranging musical interests. Her opening piece was a tribute to Stuff Smith and Nat King Cole, “When I Grow Too Old to Dream.” She also played music by the contemporary African bassist and composer Richard Bona, as well as a moving spiritual “I’m Going Home” which was introduced by a field recording of the song. 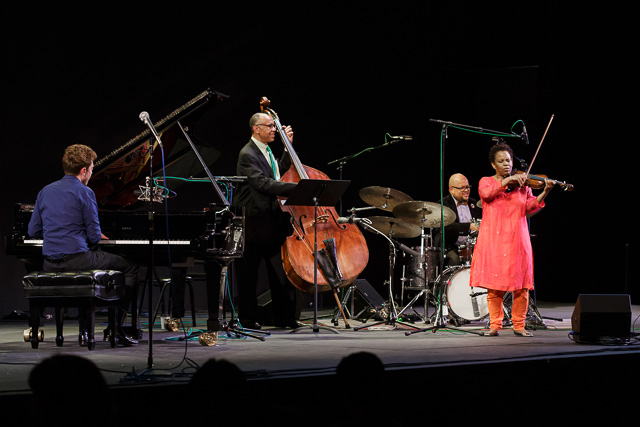 A native of Detroit and classically trained, Regina Carter has recorded nine CDs as a leader ranging from classical music performed on a violin once owned by Paganini, to music of the American South and Africa as she traced her own roots.

Jazz Northwest is recorded and produced by Jim Wilke, exclusively for 88.5 KPLU. The program airs Sundays at 2 PM Pacific and streams at kplu.org. Archives of previous shows are available at jazznw.org.