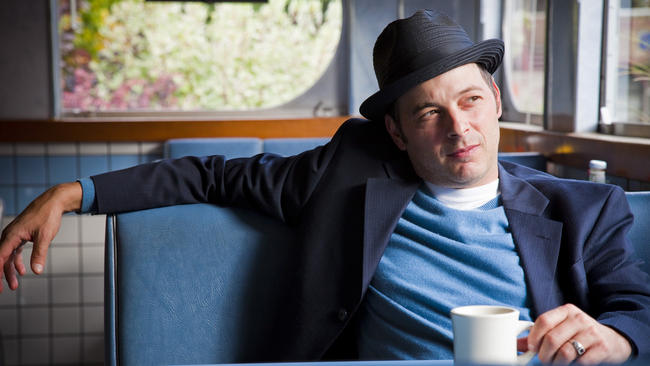 Sherman Alexie has called Evison “the most honest white man alive.” His work, often distinguished by its emotional resonance and offbeat humor, has been compared by critics to a variety of authors, most notably J.D. Salinger, Charles Dickens, T.C. Boyle, and John Irving. He is best known for his novels All About Lulu, West of Here, and The Revised Fundamentals of Caregiving, which earned him his second Pacific Northwest Booksellers Award in as many years. In the New York Times, Janet Maslin called the novel “Evison’s most stealthily powerful novel.” Upon its release, The Revised Fundamentals of Caregiving was optioned for film by Rob Burnett of Worldwide Pants, and was produced in 2015, starring Paul Rudd, Selena Gomez, and Craig Roberts, for release in 2016.

His latest release is This Is Your Life, Harriet Chance!, released in 2015, which was reviewed in the New York Times Review of Books

“Intricately structured… Evison resists every neat resolution, every unearned epiphany. And as fanciful as his prose can be…he’s not afraid to depict the dark side of aging as it is, and not as we wish it were…. The result is a book that speaks to all of us, whether we’re young enough to check Facebook 50 times a day, or old enough only to have a vague idea what the Internet is. The themes Evison presents – disappointment, delusion, redemption – are universal, and he deals with them beautifully in this wonderful novel. This is your life, Harriet Chance, but it’s ours, too.”

At the Conference, Jonathan will lead the session: “Getting Your Novel Off the Ground.”

A great beginning should act as nothing less than the blueprint for your entire novel. The first 5 pages should not only inform and prepare the reader, set the tone of the novel, introduce the protagonist, the themes, and the primary dilemma, they should also evoke a distinct emotional and intellectual response, surprise and subvert the reader’s expectations at every turn, and above all, entice the reader to move in the direction of the ending. A tall order, to be sure. In this workshop, we’re going to explore your beginnings. We’re going to pick them apart, discuss them, probably throw them away, then re-invent them several times, with an eye toward point-of-view, theme, character development, and narrative engineering. Then, we’ll probably throw them away again, beat ourselves up a little, and go back to the drawing board. It’ll be fun! What I’ll need in advance: The first 5 pages (double spaced) of your novel.