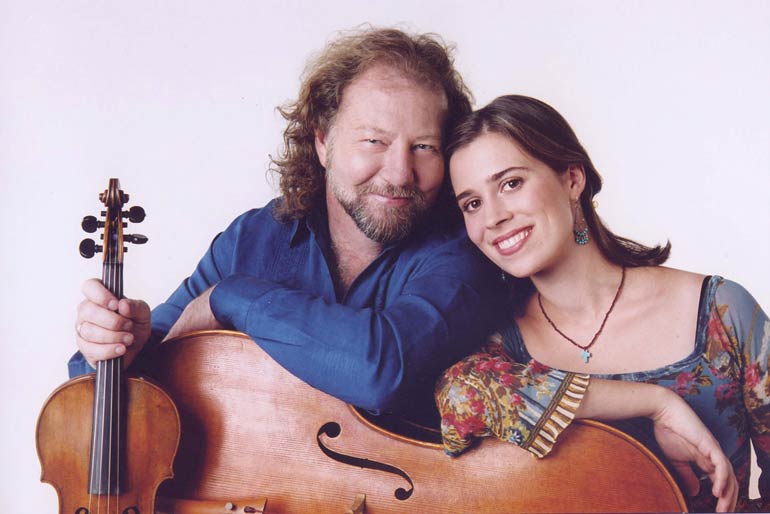 Fraser is known as a consummate performer. His dynamic fiddling, engaging stage presence, and deep understanding of Scotland’s music have created a constant and international demand for his solo appearances and concerts with a variety of ensembles. He is a major force behind the resurgence of traditional Scottish fiddling in his homeland and the U.S., inspiring legions of listeners and learners through his recordings, annual fiddle camps and concerts.

Hass is a graduate of the Julliard School and has toured and recorded extensively with Fraser. She also has toured and recorded with Mark O’Connor and his Appalachia Waltz Trio, and with Natalie MacMaster. She has appeared on more than 50 albums. Haas teaches privately and at the Berklee College of Music in Boston and lives in Montreal, Quebec  with her husband, Yann Falquet. Falquet is a member of the Quebecois folk group, Genticorum.

Concert goers can expect to be transported across a broad musical spectrum, ranging from haunting laments from the Gaelic tradition to classically-styled airs, raucous dance tunes and improvisations based on traditional themes.

Fraser has released several critically acclaimed albums, including the Indie Award-winning Dawn Dance (Best Celtic Album of 1996), and most recently, Legacy of the Scottish Fiddle, Volume One, on which Fraser and longtime collaborator pianist Paul Machlis pay tribute to Scotland’s master fiddle composers of the past 250 years.