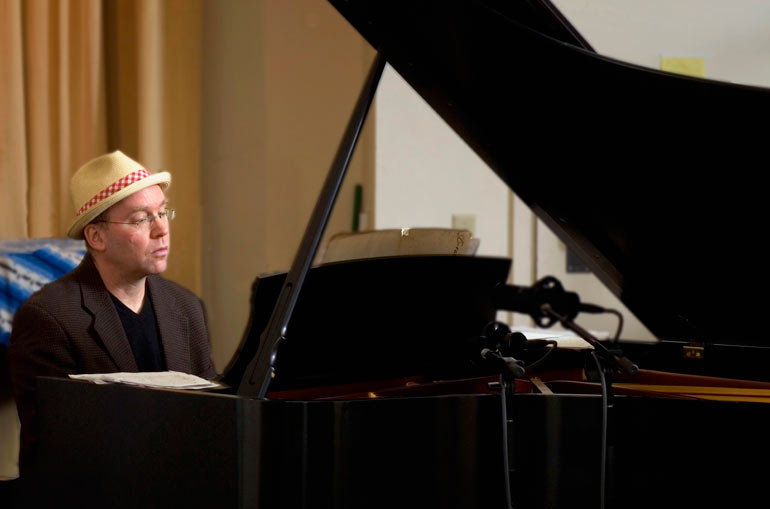 A hearty congratulations to composer, pianist, and keyboardist (and frequent Centrum collaborator) Wayne Horvitz, who was recently awarded the prestigous Doris Duke Performing Artist Award in the jazz category. He will receive $275,000 to complete three projects which are in their infancy, and which this award allows a new level of support. 21 Pianos and Those Who Remain-Part II are both installations: electro-acoustic compositions in conjunction with performance. The third is The Heartsong of Charging Elk, a chamber opera of sorts, based on the novel by James Welch.

Additionally, he hopes to record and document a fairly large back catalog of chamber music, including through composed compositions for piano and voice, piano alone, string trio with electronics, a string quartet with improviser, and so forth.

Horvitz is the leader and principal composer for many ensembles including Sweeter Than the Day, Gravitas Quartet, and most recently Electric Circus, a digital ensemble that uses audio and video to push the conception of beats and rhythms. He is an improviser on both piano and electronics, has performed as a sideman, and has collaborated with Bill Frisell, Liz Lerman, Paul Taylor, and John Zorn. He has received support from Meet the Composer, the Mayor’s Office of Arts and Cultural Affairs in Seattle, and MAP Fund, among others. He is an adjunct professor of music at Cornish College for the Arts. In 2016, he will begin 21 Pianos, an interactive, site-specific project performed on an extremely out of tune piano and taking place across 21 Minnesotan towns. The project will culminate in a book and two CDs. He is also working on Those Who Remain Part II, which will premiere at the Seattle Art Museum in January 2017.