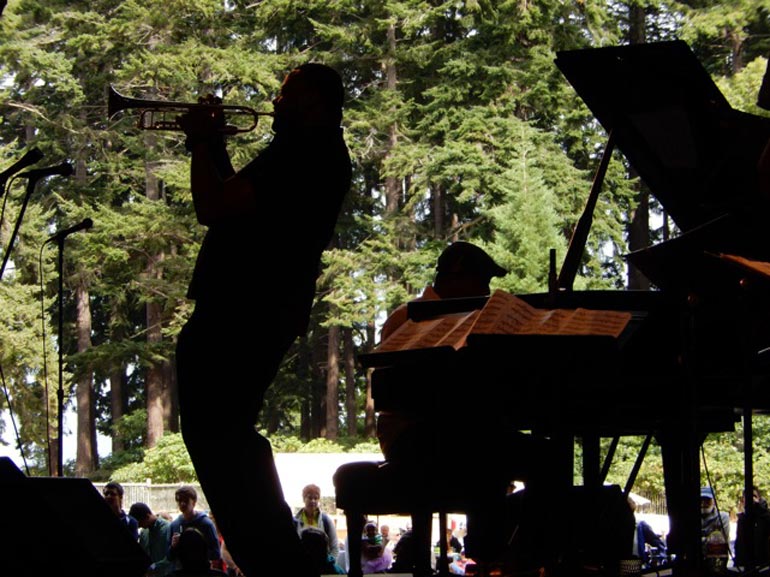 This Sunday, host Jim Wilke and Jazz Northwest will preview Centrum’s 42nd Jazz Port Townsend festival. Three mainstage concerts at the 1200 seat McCurdy Pavilion at Fort Worden will feature seven performances on Friday and Saturday, July 29 and 30, and there will be 3 nights of jazz in the clubs Thursday through Saturday in downtown Port Townsend.

Jazz Northwest will preview the concerts and some of the artists on this week’s show, Sunday, July 24, 2016 at 2 PMPacific on 88.5 KPLU.

Among the artists featured on the preview and at the festival are The Clayton Brothers, Akiko Tsuruga, Sean Jones, Dena DeRose, René Marie, Grace Kelly and a Tribute to Woody Herman will be played by an all-star Festival Big Band led by Jeff Hamilton and Joe LaBarbera.  Most of the artists are also on the faculty of the Jazz Workshop which precedes the festival.

Jazz Northwest host and producer Jim Wilke will record the mainstage concerts for later broadcast and will share mc honors on stage with Artistic Director John Clayton.  Jim will also lead a workshop discussion on Friday afternoon with musicians who played with Woody Herman and/or Count Basie orchestras including Jeff Hamilton, Joe LaBarbera, John Clayton, Bill Ramsay and Gary Smulyan.  The panel is part of the 9th annual Free Friday Workshop blowout open to the public at no charge from 9 AM to 4:30 on June 29.

Jazz Northwest airs every Sunday at 2 PM Pacific at 88.5 FM and streams at kplu.org.  After broadcast, programs may be streamed at jazznw.org.