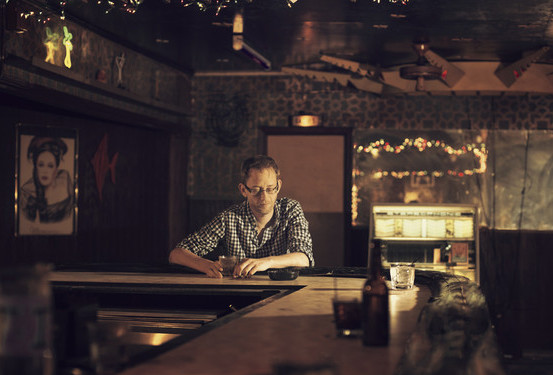 Courtney Granger lives in Lafayette, Louisiana, and he’s one of the most soulful singers on earth. A master fiddler and extraordinarily talented singer, Courtney hails from the Balfa family lineage, which is evident in his powerful vocals and heavily Balfa-influenced fiddling. Courtney will be joining the artist/faculty at the 2017 gathering of Voice Works at Centrum.

While for the past 8 years Courtney has been playing and touring full time with Cajun groups the Pine Leaf Boys and Balfa Toujours, Courtney has always had a deep affinity for and knowledge of classic country music. His long-awaited first solo country debut recording has finally been released, Beneath Still Waters, featuring a master group of musicians and production by the renowned Dirk Powell.

In an interview with Glide Magazine’s Neil Ferguson, Courtney talked about the influence of country crooners like George Jones:

Can you talk about some of the similarities and links between Country music and Cajun music that you have found?

It’s hard for Cajun and Country music not to be influenced by each other, with Texas and Louisiana being neighboring states. Lots of Cajun fiddlers were influenced by Bob Wills, including Harry Choates and Dewey Balfa. During WW2, lots of Cajuns went to Port Arthur to work in the Merchant Marines and learned a lot from the Texas Swing musicians there. Country musicians were very influenced by the Cajuns as well. Hank Williams’ “Jambalaya” was said to be learned from a Cajun song named “Grand Texas (Big Texas)”.

Do you remember who first played you Country music?

My mom and grandmother. My grandmother was a huge Conway Twitty fan. She loves him. My mom is just a lover of music. Any music that makes her feel something, she loves.