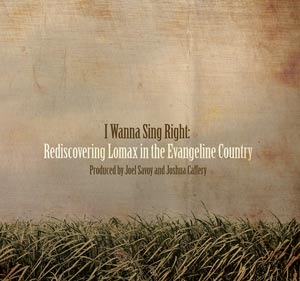 “I’m so honored and thrilled that my record, I Wanna Sing Right, Rediscovering Lomax in the Evangeline Country, was one of the five GRAMMY Nominations for Best Regional Roots Record announced this morning. My co-producer Josh Caffery and I, along with my Valcour Records partners Phillip LaFargue and Lucius A. Fontenot spent a big part of the last two and a half years working on this project with a WHOLE LOT of amazing artists from Acadiana who brought it to life in the studio,… and onstage several times thanks to Gerd Wuestemann and Louisiana Crossroads. I thought about trying to tag all the folks who had a part int his but that seems impossible. So I’ll just say a big general THANK YOU and CONGRATULATIONS to all of y’all who sang on, played on, recorded, produced, painted for, drew for, carved for, cooked for, designed, photographed, marketed, distributed, promoted, supported, bought, attended, shared, and played this project. Regardless of who wins or loses, this accomplishment is for all of us together! Thanks, friends! Let’s do it again, shall we? – Joel”