Her vocal film work is also featured on the soundtracks of Whoopi Goldberg’s “Corrina Corrina”, DreamWorks’ “The Big Green”, “Coyote Ugly” with Leann Rimes, and Disney’s “Anastasia”. She has also recorded multiple television themes as well as co-writing and performing 2 new songs for the Fox series “Dark Angel”.

She celebrated her love of jazz by touring successfully in the production of Billie & Me, a celebration of the life of Billie Holiday. Here Niki sang along side Nancy Wilson, Dianne Reeves, Rita Coolidge, Joan Osborne, and African songstress Rokia Traore. 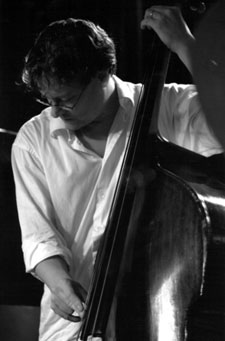 In 1995 Doug Weiss recorded the first of two critically acclaimed Blue Note records under the leadership of pianist Kevin Hays. His relationship with Kevin, both intuitive and visceral, continues to the present with 10 cds recorded and many appearances in the United States and abroad.

Weiss was featured, along with Billy Drummond and John Scofield, on Eddie Henderson’s release “For All We Know” on Furthermore records. He is a member of the Eli Degibri quartet, touring Europe, Asia, and the Americas. He has recorded the Cd “San Francisco” and toured with renowned Dutch vocalist Fleurine and her husband, pianist Brad Mehladau. The group toured Portugal with Brazilian guitarist Chico Pinero in 2010. Doug Weiss has also performed and recorded with such notable figures as Toshiko Akiyoshi, Lee Konitz, Jacky Terrasson, Eddie Henderson, Lew Tabakin, Walt Weiskopf, the Vanguard Jazz Orchestra, and Joshua Redman.

Weiss currently resides in the Hudson River Valley, and is engaged in creating a new work by folk legend Pete Seeger, which is being produced by percussionist Jeff Haynes. Their previous effort, “Tomorrow’s Children”, won a Grammy for best children’s album in 2010.