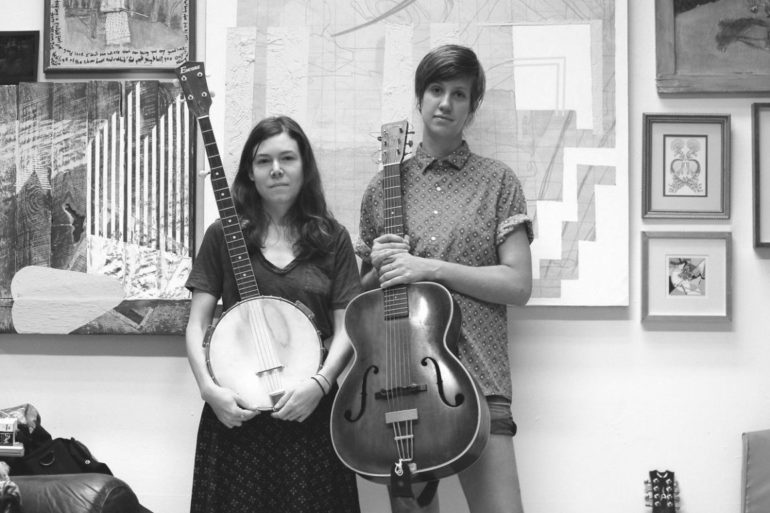 Anna Roberts-Gevalt, a past Fiddle Tunes Festival faculty member, and Elizabeth LaPrelle, a past Voice Works faculty member, are returning to Centrum to be Artists-in-Residence for a week. During their residency, they will perform a concert on Thursday, February 9, 2017 at 7 p.m. Rainshadow Recording Studio, located on the west side of Building 315 at Fort Worden. Tickets available online.

Elizabeth LaPrelle 29, has pursued her interest in mountain ballads for over a decade. Since the release of her debut album at age 16, she’s been hailed as one of the most dedicated students of the traditional unaccompanied style of her generation. The student of master singer Ginny Hawker and National Heritage Fellow Sheila Kay Adams, Elizabeth was the first recipient of the Henry Reed Award from the Library of Congress at age 16, and won the 2012 Mike Seeger Award at Folk Alliance International. She has released three solo ballad albums, and was called “the best young Appalachian ballad singer to emerge in recent memory” by UK’s fRoots Magazine. She lives on a farm in Rural Retreat, Virginia.

Anna Roberts-Gevalt, 29 is a versatile and passionate multi-instrumentalist. Classically trained on the violin in Vermont, she fell in love with the sound of banjo in college, moved to the mountains, and learned with master musicians in Kentucky, Virginia, and North Carolina. She is a blue-ribbon fiddler and banjo player (WV State Folk Fest, Kentucky Fiddle Contest); was awarded the Berea Archive Fellowship for a series of biographies of female fiddlers; served three years as artistic director of Kentucky’s traditional music institute, the Cowan Creek Mountain Music School; was a 2014 fellow in the State Department sponsored international music residency OneBeat; and is an in-demand video artist, collaborating with Kristin Andreassen, Cuddle Magic, Rachel Ries and Ben Sollee. She lives in Brooklyn, New York.

More about Anna & Elizabeth and their current international tour is on their website.