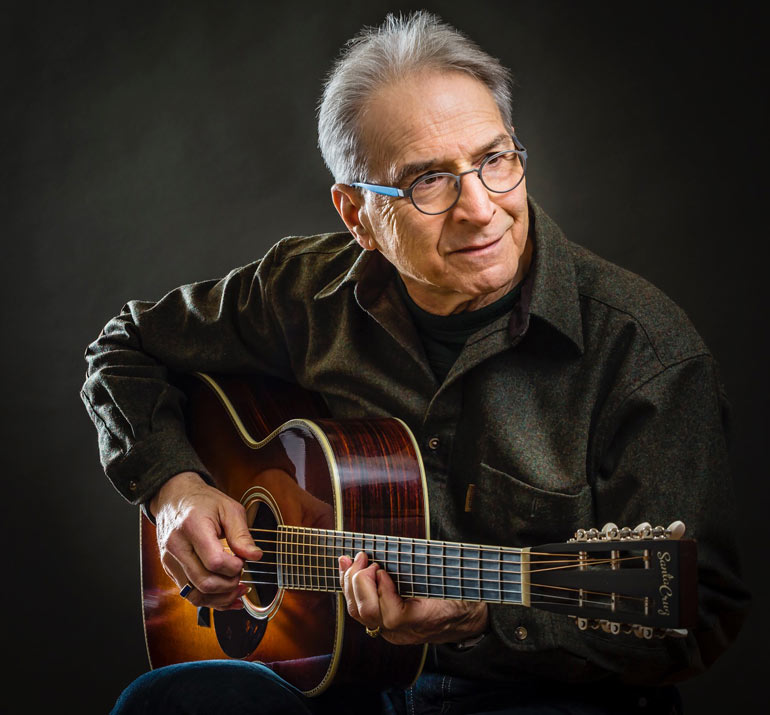 We’re excited to announce that the legendary Happy Traum will be on faculty at the 2017 Port Townsend Acoustic Blues Workshop, July 30-August 6.

Renowned folk singer, writer, teacher, recording artist and first-rate fingerstyle guitarist Happy Traum began playing guitar and 5-string banjo as a teenager, and was an important participant in the legendary Greenwich Village folk scene of the 1950s and ‘60s. He was a student of blues guitar legend Brownie McGhee, a major influence on his picking style. Happy has played in concerts, clubs and festivals throughout the U.S., Canada, Europe, Australia and Japan, both solo and with his late brother, Artie Traum, with whom he performed for more than 40 years. Their performances at the 1968 and 1969 Newport Folk Festivals helped to gain them an avid following and a contract with famed manager Albert Grossman.

Happy has since appeared and/or recorded with Bob Dylan, Levon Helm, John Sebastian, Larry Campbell, Eric Andersen, Allen Ginsberg and many other major figures in the folk music world. As one of America’s best-known guitar instructors, Happy has taught at major guitar workshops throughout the country and overseas; is the author of more than a dozen best-selling guitar instruction books; and has produced more than 500 music lessons on DVDs and CDs for his internationally-renowned company, Homespun Tapes.