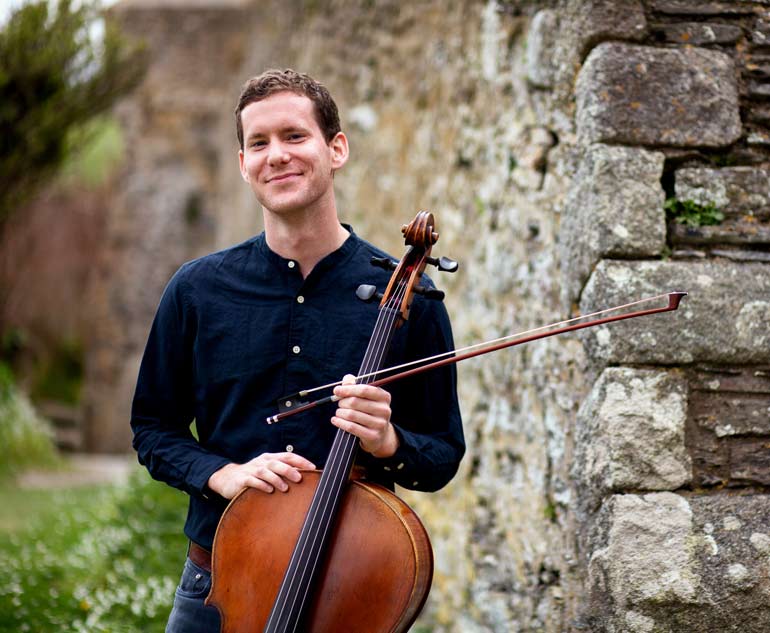 Some of the world’s most promising classical musicians arrive in Port Townsend on June 4 and audiences have the rare opportunity to observe them in a master class free of charge on Tuesday, June 6 from 7:30 to 9 p.m. at the Wheeler Theater in Fort Worden as a part of the Port Townsend Chamber Music Workshop at Centrum, which features Lucinda Carver as its artistic director.

The vibrant, award-winning Miró Quartet and Carver will coach two quartets and two pianists during a weeklong workshop. Chamber music-lovers may attend two student showcase concerts on Thursday and Friday, June 8 & 9 at 7:30 p.m. in the Wheeler for just $10 each. The Miró Quartet and Carver will then perform in that same theater on June 10 at 7:30 p.m. for $34-$40. (Age 18 and under admitted free, but still require reservations). Ticket info at centrum.org/tickets. 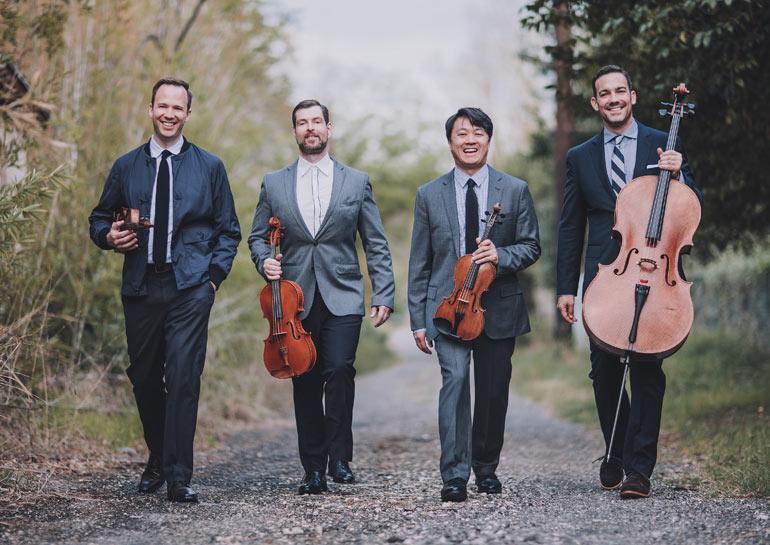 The ten musicians, ages 21-29, each receive this opportunity of a lifetime to train with the pros on full scholarship thanks to local sponsors, Nelly and Jim Tretter, Anne and Dick Schneider, Renate Wheeler, Leah Mitchell and Nancy McLachlan, Gay and Gary Eisenberger, The Peach Foundation, The Congdon-Hanson Family, and Cindy Thayer.

“We’re all so thrilled to see the growing demand for Centrum’s chamber music workshop,” Rob Birman, executive director of Centrum said, “Applications have increased by 300% since our first year in 2014.  Our artistic director’s notoriety and ability to recruit top-notch quartets has put this workshop on the national map.” 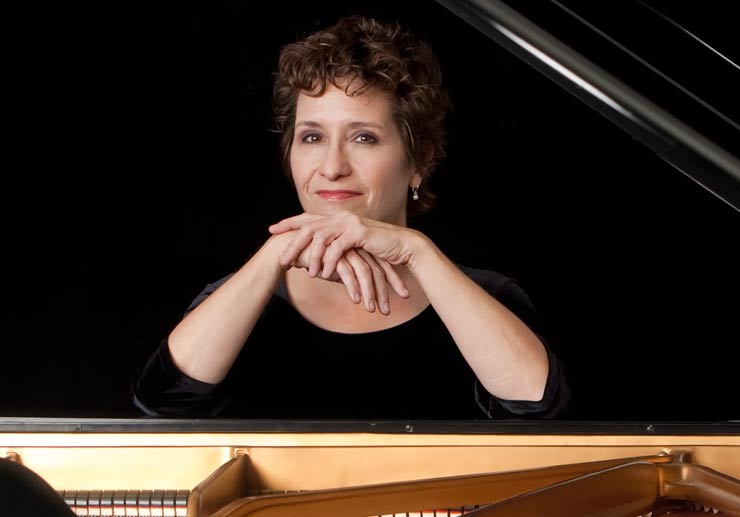 Lucinda Carver, chamber music artistic director at Centrum and a classical pianist agreed that the workshop is an important resource for the rising stars of chamber music, and rare in its accessibility to the public.

“The opportunity to hear these young musicians play in concert and see the work in progress at the masterclass is something very special.  The interaction between faculty and students in the masterclass setting is fascinating to watch – and to hear.  Often only a small comment or metaphor will drastically change the sound of the ensemble.  It is a very powerful connection.” – Lucinda Carver

Centrum’s Gregg Miller, program manager, emphasized the caliber of instruction that happens during the upcoming week.

“They get the chance to study with renowned faculty who have the kind of careers they are aspiring to,” Miller said. “One of the things that sets this week apart from other workshops is the repertoire they focus on. Two string quartets are paired with two pianists to delve into a piano quintet, a genre which has inspired composers to produce some of their best work, and their most challenging.”

Student musicians are arriving from as far away as Germany. For one violinist, who now lives in Miami Beach, Florida, this journey will be a homecoming. Maya Cohon, 23, grew up in Phinney Ridge outside Seattle, and graduated from the Northwest School in 2011.

“I play in an orchestra throughout the year, and do not have many opportunities to play chamber music, which, for me, is one of the most rewarding and enriching ways to collaborate with other musicians. I am incredibly excited to be a part of the upcoming workshop. We are so lucky to have the chance to work with the Miró Quartet, and as an established and experienced chamber group, I know they will have so much to offer us. Also, I cannot wait to introduce my friends to the beautiful PNW.” – Violinist Maya Cohon Described in performance as “emotionally gripping” by Cleveland Classical, the Belka Quartet includes Beatrice Hsieh and Charles Gleason on violins, John Grigsby III on viola and Daniel Blumhard on cello. The Belka Quartet won first place in the 2015 Darius Milhaud Performance Prize Competition, and was featured in the Music in the Galleries series at the Cleveland Museum of Art.

Beatrice Hsieh, violin, Ohio
Critics praise Hsieh for her “mosaic of sensitive phrase shaping and emotional exploration” (The Reporter). Hsieh has soloed with the Coeur d’Alene Symphony Orchestra as winner of its National Competition, and with the Cleveland Institute of Music Orchestra, under Brett Mitchell, as winner of the CIM Concerto Competition. National Public Radio has also featured Hsieh on its program, “From the Top.”

Charles Gleason, violin, Ohio
Gleason is an accomplished violinist skilled in both the classical and jazz genres. He attended the Cleveland Institute of Music in fall 2014 to pursue his Bachelor’s Degree in violin performance, studying with David Updegraff. Since 2015, he has been a student of Joan Kwuon. National Public Radio featured Gleason on its program, “From the Top,” as a member of the Bellaserelle Quartet. Today, Charles participates in the Cleveland Institute of Music Intensive Quartet Seminar as a founding member of the Belka Quartet.

John Grigsby III, viola, Texas
Grigsby is pursuing a diverse career in music around his interest in performing, teaching, composing, and outreach. An accomplished performer, Grigsby has performed throughout the United States in venues such as Carnegie Hall and Severance Hall. Grigsby earned a Bachelor of Music degree in viola at the Cleveland Institute of Music and is studying for a Master’s Degree in Viola Performance at CIM under Lynne Ramsey. Grigsby performs with the Firelands Symphony Orchestra, and composes music for his peers.

Daniel Blumhard, cello, Maryland
Blumhard is a junior pursuing his Bachelor’s Degree in cello performance at the Cleveland Institute of Music under the tutelage of Dr. Melissa Kraut. Previously he studied for three years with Crispin Campbell at the Interlochen Arts Academy (IAA). Blumhard has performed at the Orchestra Hall in Detroit, the Symphony Center in Chicago, Constitution Hall, and Alice Tully Hall. He was also chosen as one of six musicians at IAA to perform with the Orpheus Chamber Orchestra as part of a new cross-disciplinary production revolving around Arnold Schoenberg’s Transfigured Night. Engle (Choyoung Gloria Kim) is in the doctoral program for Collaborative Piano at the Eastman School of Music. She has studied under Jean Barr, Robert Roux, and Nancy Garrett. She was a finalist in the Rice University Concerto Competition, and took first place at the David O’Nilsson Solo Piano Competition in 2009. 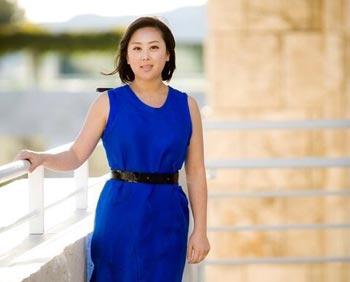 Kim is a pianist who has thrilled audiences with her captivating performances in venues including the Walt Disney Concert Hall, the Robert Schumann Saal, the Berlin Philharmonic’s Karajan Saal, and Royce Hall.

She was recently invited to Lausanne, Switzerland to take part in a festival, and had been invited to perform in world tours including New York’s Avery Fischer Hall and National Sawdust, four major cities of South Korea, including Pusan and Seoul, cities throughout Germany, and the Netherlands. 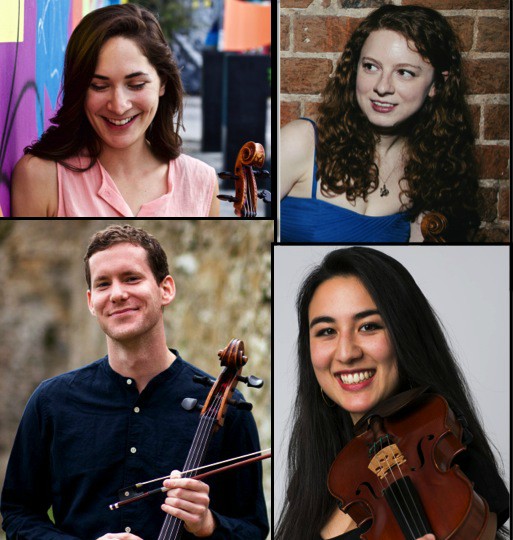 The Rose Quartet is a newly formed ensemble, with musicians that have played with one another in various chamber music settings for the past several years.

A member of the New World Symphony from 2014-17, Nicholas, a native of Philadelphia, was appointed Principal Viola of the Central City Opera Orchestra in Colorado this past January. She has been a featured artist with O, Miami Poetry Festival and SoFar Sounds Miami, and on New World Symphony’s Inside the Music and Solo Spotlight series.  Nicholas has premiered and collaborated on new works incorporating visual art and poetry –her own as well as a commission from Miami poet Mario Ariza.  <image001.png>

Born and raised in Seattle, Cohon now lives in Miami and is a member of the New World Symphony.  She received her B.M. degree from Northwestern University where she studied with Almita Vamos.  In the past few years, Cohon has performed with the Seattle Symphony, St. Louis Symphony Orchestra, and Civic Orchestra of Chicago.  She has spent recent summers at Tanglewood Music Center, Music Academy of the West, Pacific Music Festival, and Aspen Music Festival. Cohon is from a musical family and grew up playing chamber music with not only her immediate family, but her cousins, aunts, and uncles as well.  She loves exploring new cultures and cities, and has enjoyed performing chamber and orchestral music all over the world, from Suntory Hall in Tokyo, to Carnegie Hall in New York, to small churches in Northern Italy.  In addition to playing music, Maya loves running, hiking, and swing dancing.

Creech combines a busy and varied performance schedule as a soloist and chamber musician together with her studies. She regularly performs in venues across the UK, including appearances at Royal Festival Hall, Cadogan Hall and Queen Elizabeth Hall. She also performs throughout Europe, in such concert halls as the Festspielhaus (Salzburg), Herculessaal (Munich), Sendesaal (Bremen) and Brucknerhaus (Linz). She has appeared as a concerto soloist on a number of occasions, including performing Mendelssohn’s Violin Concerto with the Prince Regent’s Musicians, and has given many performances at the Edinburgh Fringe, Aldeburgh and Brighton Fringe Festivals.

Appointed Assistant Principal Cello of the Colorado Symphony in 2015, Fisher was named Acting Principal Cello for the 2016‐17 Season. He made his solo debut with the Symphony last October, performing Saint‐Saëns’ Cello Concerto No. 1 Critics praise Fisher for his virtuosity, refinement, and style as an active soloist and chamber musician. He has performed Schumann’s Cello Concerto with the New World Symphony and the Lakewood Symphony in Colorado.