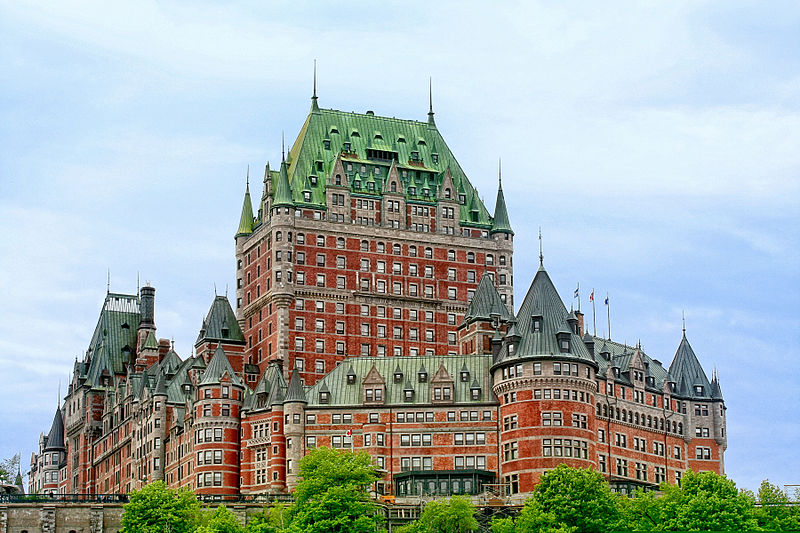 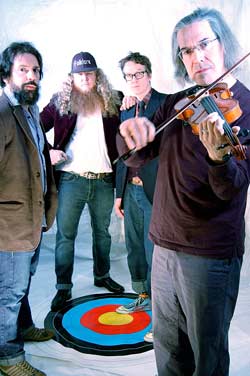 RéVeillons! is a dynamic quartet that will involve Fiddle Tunes audiences in arrangements steeped in Quebec’s culture. That culture, according to the band’s website, is resolutely urban “with its rush hours and its traffic jams, its terraces and its barbecues.”

The musicians describe their tunes as traditional with a crude energy. There’s omnipresent percussion, which makes the heart beat, they say, and an impetuous violin and a rhythmic guitar. They combine to tell of the “hazardous path of everyday life.”

Centrum partner Adventure Artisans gives us a glimpse into a part of Quebec that is not quite as gritty but every bit as awe inspiring as a performance by these fantastic French Canadian faculty artists.

It took 40-plus years for me to visit one of the most charming cities of my birth country, and my only disappointment was that I didn’t get there sooner. The historic buildings and walls of Quebec City are well preserved, and while sitting in a café there, we felt as though we were being embraced by a quaint European village. Few places in North America can compare.

I arrived in Quebec City after a 140-mile bicycling trip through Vermont in the fall, so I was more than ready to explore a taste of my ancestry. Somewhere, I would find my grandmother’s meat pies (known as tourtiers to French Canadians), and I couldn’t wait to bite into the famous poutines (French fries with cheese curds and gravy).  While there, you simply must to try both these comfort-food delicacies in the local restaurants.

Most Americans know little about Canadian history, but Quebec (usually pronounced Kuh-BEK) is where Canada was born. In 1608, explorer Samuel de Champlain founded the settlement as the first of a string of French colonies along the St. Lawrence River. Then inhabited by Iroquois natives, the region came to be known as “le canada,” a French version of the Iroquois word kanata, which meant village or land.

Capital of the province of Quebec, the city sits on high bluffs above the massive river, and “old Quebec City” (the walled interior) is the only remaining fortified city north of Mexico. It became a UNESCO world heritage site in 1985.

The winding cobblestone streets, horse-drawn carriages, unique shops and art galleries can trick you into thinking you are in a charming Paris arrondissement, perhaps inside the walls of Saint–Germain-des-Prés. One bit of advice: winter weather in Quebec can be extreme, best to visit in spring or fall.

Evenings in this charming city bring out the romance. Take your camera for the lights of Chateau Frontenac, one of the world’s most photographed hotels. Its captivating mix of feminine and strong masculine architecture looms high over the river, drawing you into the city’s seductive web.  If you ever wanted to experience first-hand the French passion for art, food, fashion and love – but haven’t managed to get to Paris – Quebec City opens its arms to you right here in North America