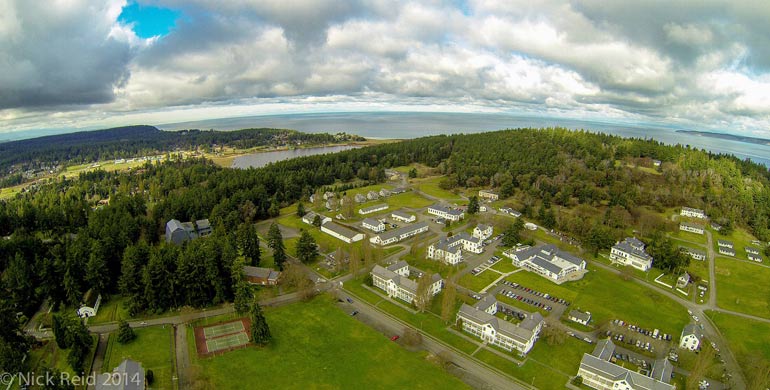 Although only in his 20s, Jerron “Blind Boy” Paxton has earned a reputation for transporting audiences back to the 1920s and making them wish they could stay there for good. Paxton may be one of the greatest multi-instrumentalists that you have not heard of. Yet. This young musician sings and plays banjo, guitar, piano, fiddle, harmonica, Cajun accordion and the bones (percussion). Paxton has an eerie ability to transform traditional jazz, blues, folk and country into the here and now and make it real.

He’s a world class talent and a uniquely colorful character who has been on the cover of Living Blues Magazine and the Village Voice and has been interviewed on FOX News. Paxton’s sound is influenced by the likes of Fats Waller and “Blind” Lemon Jefferson. According to Will Friedwald in the Wall Street Journal, Paxton is “virtually the only music-maker of his generation—playing guitar, banjo, piano and violin, among other implements—to fully assimilate the blues idiom of the 1920s and ’30s.” Playing with Jerron “Blind Boy” Paxton is like being at a house party in the wee hours after all the civilians have been weeded out and it’s time for the lunatics to shine. Jerron is musical genius, expert in all forms of traditional American music from Blues to Ragtime to Swing to Appalachian to you name it. He is a brilliant player of piano, guitar, fiddle, banjo, harmonica, Cajun accordion, again you name it. He mesmerizes audiences with his storytelling, his humor, and his prodigious musicianship. Alvin Youngblood Hart creates a blurred line of Blues, Roots, Country and Rock music that has been enjoyed in our culture for decades.  In the summer of 1999 found Hart teamed up with celebrated producer Jim Dickinson to begin recording START WITH THE SOUL, a record hailed as a new-breed Southern Rock classic and one that piloted Hart’s return to the “sacred garage.” START WITH THE SOUL was chosen by the New York Times as one of the top 10 releases of 2000, as well as the BBC’s Blues Record of the Year.

In the summer of 2005, fortified in the wake of much recognition and determined to defy any stereotypes attached to his artistry, Hart released the self-produced (and personal favorite) MOTIVATIONAL SPEAKER a rock guitar free-for-all, paying homage to fallen and missing rockers like Phil Lynott and Sly Stone. Hart’s songwriting, singing and electric guitar prowess are all championed on this project and showcase the versatility he continuously strives to offer his fans and profession.
In 2006, Hart collaborated with several Memphis area musicians in the Craig Brewer cult hit film “Black Snake Moan” by both serving as a guitar tutor to the film’s leading actor, Samuel L. Jackson, and recording a duet with the film’s female lead, Christina Ricci, for the film’s riveting soundtrack.

In the fall of 2006, Hart was invited to hit the road for two months with Rock-n-Roll legend Bo Diddley for what turned out to be Diddley’s final coast to coast tour. Hart then joined fellow notable string playing colleagues Corey Harris, Don Vappie, Keb Mo and Guy Davis and contributed to the uniquely progressive 2007 OtisTaylor record RECAPTURING THE BANJO.

A personal career highlight occurred in the summer of 2008 when Hart met the late Irish guitar legend Gary Moore. Moore invited Hart, a lifelong Thin Lizzy fan, onstage to jam with himself and original Thin Lizzy drummer, Brian Downey. In the Spring of 2009 Moore requested Hart’s band as the opening act on a tour of Germany. Moore was seen offstage most every night with friends, cheering Hart’s band along during their set.

In 2010 Hart joined forces with friends Luther Dickinson (North Mississippi Allstars, Black Crowes) and Jimbo Mathus (Squirrel Nut Zippers, Tri-State Coalition) to form “The South Memphis String Band”. The fun-loving and regaling trio was quickly dubbed by the media as an “acoustic super group”. Recorded in a borrowed radio station studio while the band was on its first road trip, their debut record HOME SWEET HOME was received with rabid enthusiasm. The 2011 Blues Music Awards (The Blues Foundation) nominated the record for “Best Acoustic Album”. The group released a second album in the spring of 2012. A third record is in the making. Bruce Sunpie Barnes is a veteran New Orleans musician, former park ranger with the National Park Service (30 years), actor, photographer, book author, former high school biology teacher, former college football All-American, and former NFL player (Kansas City Chiefs). Sunpie Barnes’ many careers have taken him far and wide. He has traveled to over 50 countries playing his own style of what he calls Afro-Louisiana music incorporating blues, zydeco, gospel, Caribbean and African influenced rhythms and melodies. He is a multi-instrumentalist, master accordion and harmonica player, also piano, rubboard, talking drum, and dejembe. He learned accordion from some of the best Zydeco pioneers in Louisiana, including Fernest Arceneaux, John Delafose, and Clayton Sampy. Along with his musical group Sunpie and the Louisiana Sunspots, he has performed at festivals and concerts across the US and around the globe. Sunpie has recorded 6 critically acclaimed CDs with his compositions currently featured in 16 Hollywood film productions.

In addition to this musical work he is also a current member of the Paul Simon Band and recently finished a 58 city arena tour “Paul Simon and Sting Together”, which span 34 countries (2014-2015). Film acting has also been a important part of his busy career. Sunpie’s work has appeared in such Hollywood productions as Point of No Return, Deja Vu, Under Cover Blues, Jonah Hex, Treme, The Big Easy, Skeleton Key, Heartless, The Gates Of Silence and Odd Girl Out.

He is deeply involved in New Orleans parade culture and co-authored the 2015 critically acclaimed book “Talk That Music Talk” – Passing On Brass Band Music In New Orleans “The Traditional Way”. Over 300 of Sunpie’s photographs are featured in this book.
He is the Big Chief of the North Side Skull and Bone Gang, one of the oldest existing Black Carnival groups in New Orleans. Sunpie is also a active member of the secondline parading organization, Black Men of Labor Social Aid and Pleasure Club. Leroy Etienne was born in St. Martinville and now resides in Lafayette, LA. Although everyone spoke Creole in his household growing up, Leroy learned much of the language from his mother, Odelia Porter Etienne.

Leroy has has a deep connection to this music and currently plays drums with Sunpie and the Louisiana Sunspots.