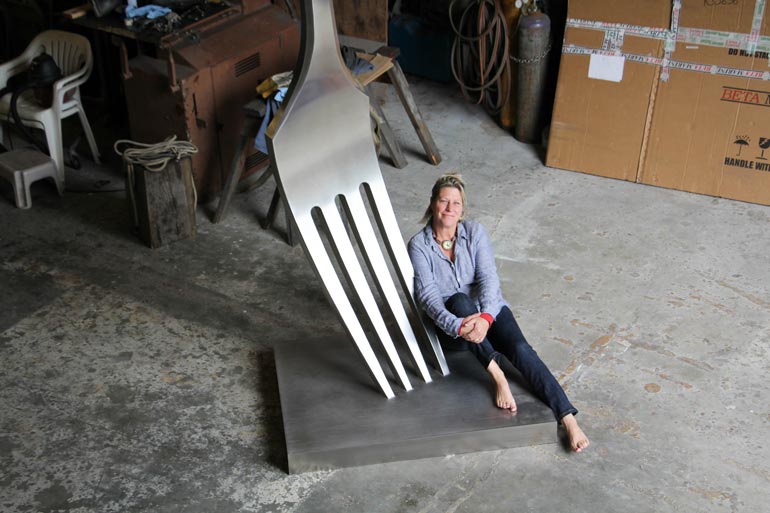 If you saw a fork in the road, and it was 14 feet long and speeding southward, you saw the work of Port Townsend sculptor and past Centrum board member Lucy Congdon Hanson, who shipped her piece to the Bainbridge Island Museum of Art last week to be displayed in the main lobby through February 4, 2018.

The colossal cutlery, titled “Serve,” weighs 600 pounds and is crafted from 20 hand-cut panels of marine-grade stainless steel. Congdon Hanson, 53, carried the dream of the fantastic flatware in her mind for a year, until she hired Walter Trisdale, 58, also of Port Townsend, to take a stab at assisting her as she made her fork a fact.

“I explained to my friend, Walt, my idea of building this large-scale fork jutting out of the ground and shared with him the scale drawings and maquettes I had made in my studio,” Congdon Hanson said. “I have a silverware fetish. I’ve been making large spoons out of bronze—four-foot spoons, two-foot spoons, eight-foot spoons and forks and knives that are larger than life.”

Congdon Hanson, mother to daughters Harper, 13, and Lark, 10, said the curvaceous figure of the fork references femininity and a woman nourishing her family. At nearly three times the height of the average woman, however, “It’s also a really brave little girl sort of shouting,” she said.

Trisdale is a marine diesel mechanic, welder, fabricator, and teacher. He worked side-by-side with Congdon Hanson, following her aesthetic direction, to construct a work of art that is not only visually appealing, but rust resistant and capable of withstanding hurricane-force winds. “I jumped at the chance to work with Lucy, because she has an incredible eye for curves. The challenge of building this thing was something that I could not resist,” Trisdale said.

“Most of my creative work has been functional pieces for boats, like rigging hardware on [schooner] Adventuress,” he continued. “The fork was lofted, like a boat would be, and built on a mold, also like a boat.”

Of working with Congon Hanson he said, “I was amazed at how much energy and sweat Lucy was willing to put into the making of the fork. She is a blast to work with. We are a good team.” 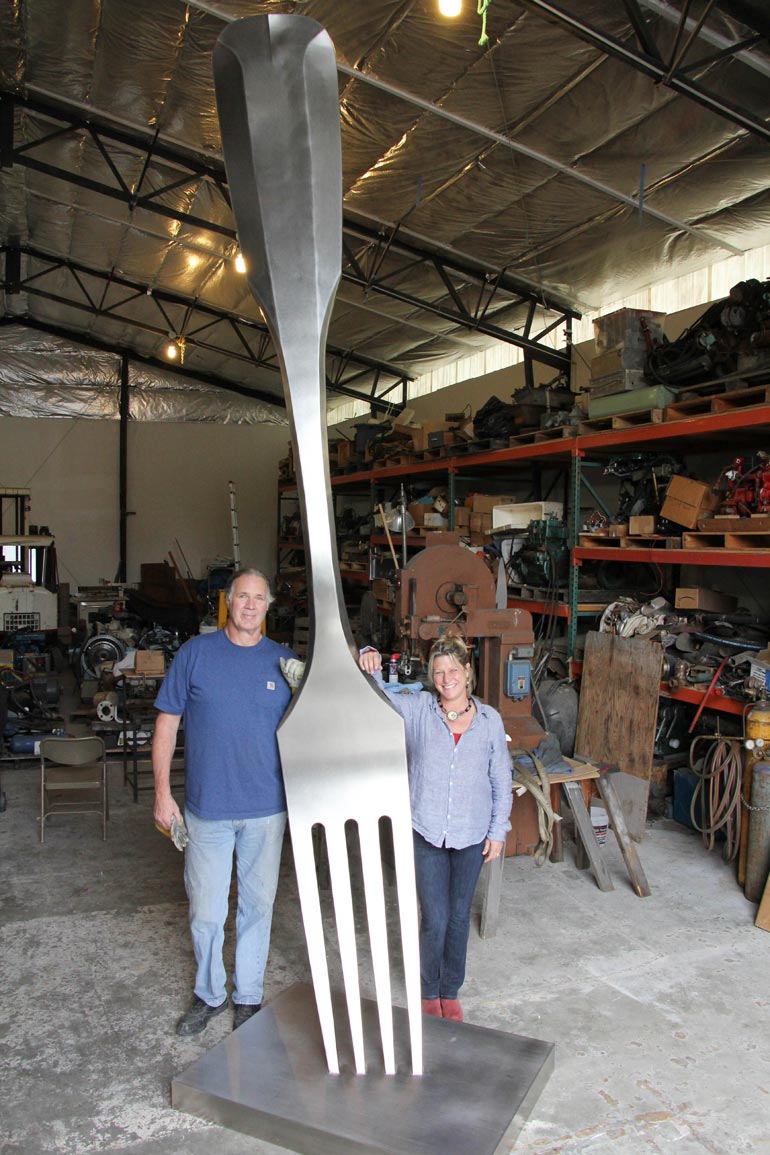