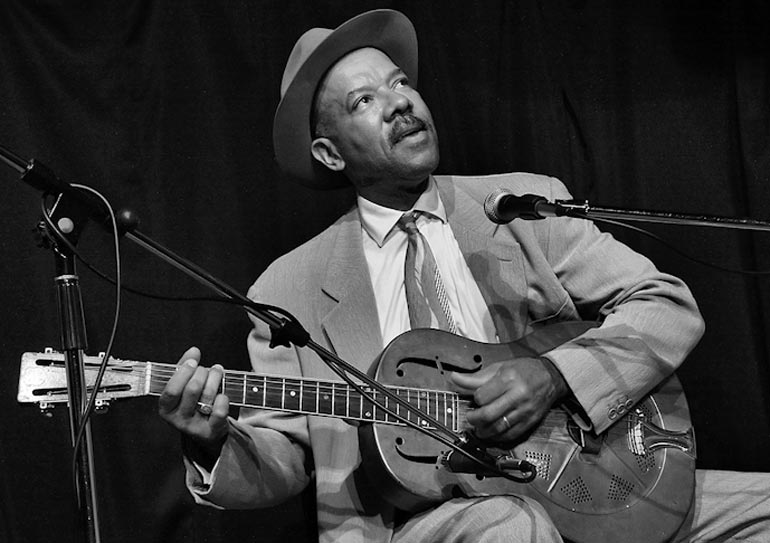 Country Blues masters Michael Roach and John Miller will perform a one-night-only concert on Saturday, October 21, 2017, at 7:30pm in the Wheeler Theater at Fort Worden. Don’t miss this opportunity to take in the live sounds of this unique American heritage!

Michael Roach (pictured above; Alan White photo) plays East Coast style blues that dates back to the 1920s and learned directly from such well-known figures as John Jackson, John Cephas, and Jerry Ricks.

Wrapping up a Country Blues Intensive for Centrum, Michael and John will take the stage and share with participants and audience members their mastery of country blues stylings. Each will do a solo set then perform together and exemplify some of the duet-playing strategies they taught in class.