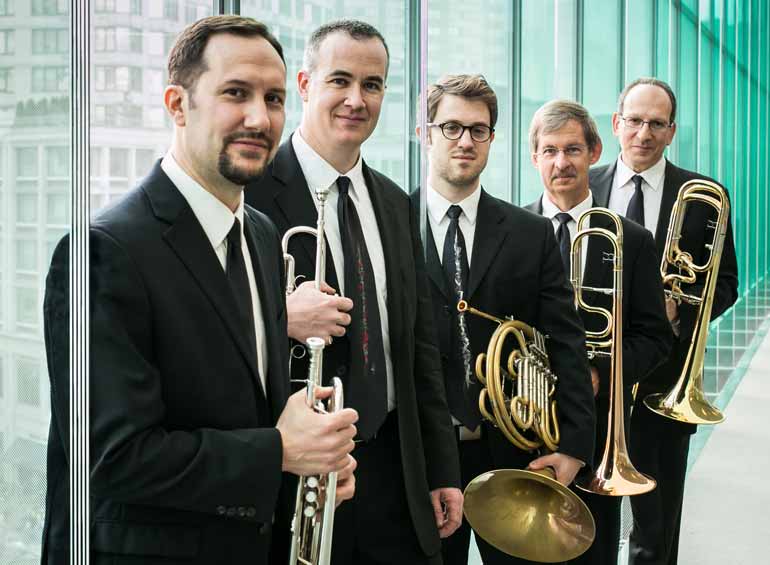 The American Brass Quintet is internationally recognized as one of the premier chamber music ensembles of our time and celebrated for peerless leadership in the brass world.  As the 2013 recipient of Chamber Music America’s highest honor, the Richard J. Bogomolny National Service Award for significant and lasting contributions to the field, the quintet’s rich history includes performances in Asia, Australia, Central and South America, Europe, the Middle East, Canada and the United States; a discography of nearly 60 recordings; and the premieres of over 150 contemporary brass works.

This stylish program spans more than 400 years of music and features works by Thomas Morley, John Dowland, Josquin des Prés, Palestrina and others in tandem with an original work composed for the Quintet and debuted at Aspen this summer and music by contemporary composers Joan Tower (American) and Anders Hillborg (Sweden).