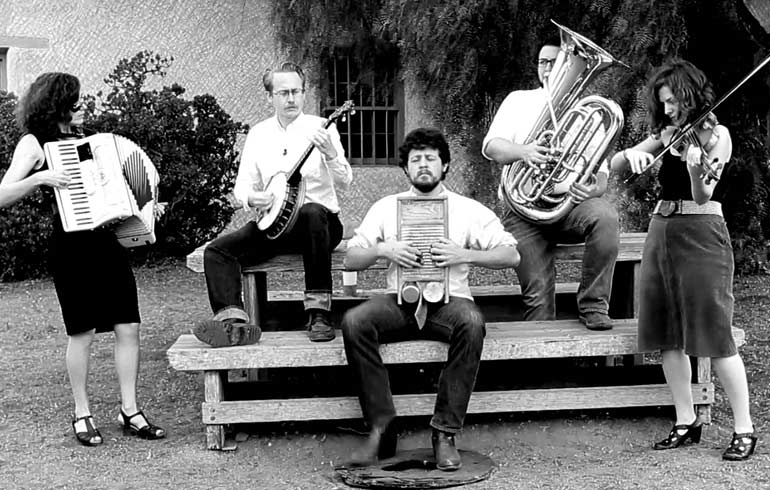 The G Burns Jug Band plays old American music with an intensity and authenticity rarely heard today: urban blues, mountain fiddle, and popular music of the nineteen-twenties and thirties. Based in San Diego, G Burns is led by multi-instrumentalist and native Kentuckian Clinton Davis, who grew up hearing jug band music in its birthplace of Louisville.

Each band member will teach one class, and together will lead a jug band band lab.

Since forming in 2012, the G Burns Jug Band has garnered praise from the national roots community, and an enthusiastic following on the West Coast. In 2013, the band launched their residency at San Diego’s Black Cat Bar, held the first Saturday of every month.

They have self-released two albums, including their most recent, The Southern Pacific & The Santa Fe, which earned them a San Diego Music Award. The album also received coverage from renowned roots music publication No Depression, who called their work “a joyous and soulful restoration of one of the lost treasures of American musical tradition.” They have shared the stage with roots luminaries including Jim Kweskin, Del McCoury, and Beausoleil avec Michael Ducet.