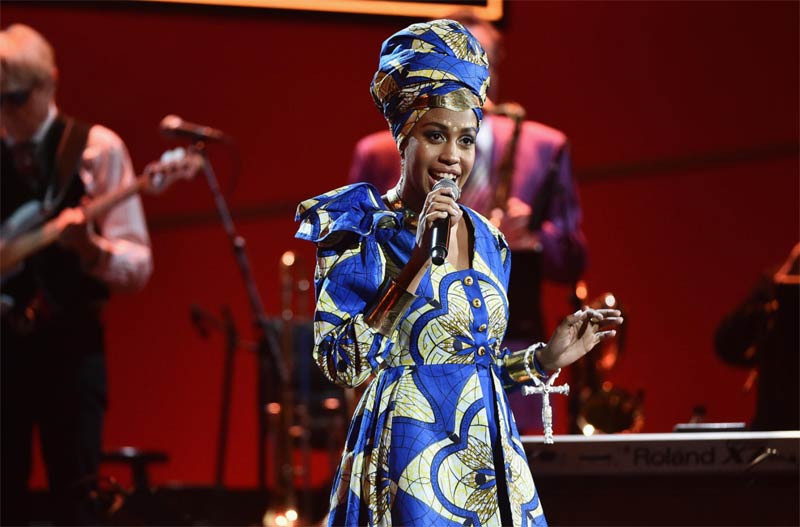 Jazzmeia was nominated for ‘Best Jazz Vocal Album’ for her debut album, A Social Call. In addition, she performed at the Grammy Premiere Ceremony, which streamed live at grammy.com.

Backed by Paul Shaffer and The World’s Most Dangerous Band, she sang Bobby Timmons’ “Moanin’” as a tribute to Jon Hendricks, who wrote the lyrics to the song.

Congratulations and we are looking forward to seeing the artistry that Jazzmeia Horn shares with Jazz Port Townsend workshop vocalists and audiences alike.