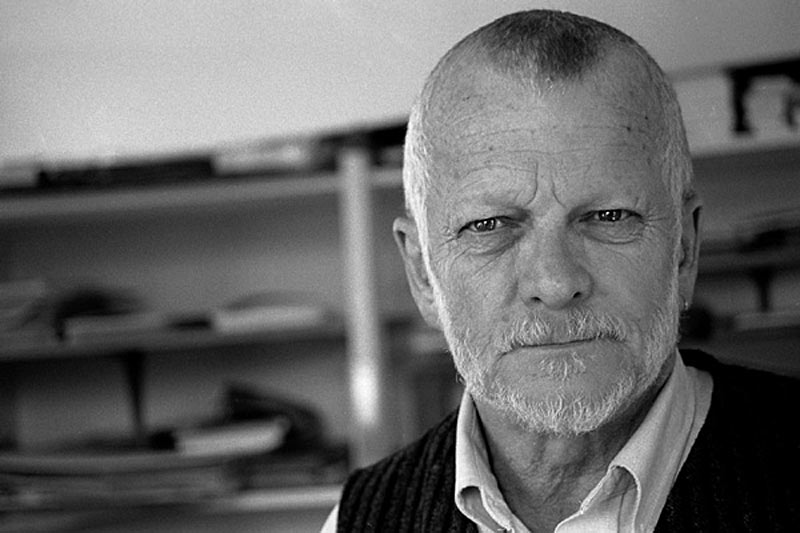 Centrum mourns the loss of former Port Townsend Writers’ Conference Artistic Director Sam Hamill. The author of more than a dozen collections of poetry and founder of Copper Canyon Press, Hamill’s lifework revolved around excellence in writing, the art of translation, and the mentoring of hundreds of the country’s finest poets over a five-decade period.

Hamill’s commitment to the Port Townsend Writers’ Conference had many roles: from his position as printmaker and publisher at Copper Canyon Press, as a faculty member, and for over a decade as Artistic Director, where his cultivation of the Conference led to transformational writing experiences for thousands of people. His organizing of Poets Against the War during the U.S.-led invasion of Iraq in 2003 galvanized an entire generation of poets.

“Hamill’s vision of the Conference as a gathering place, where ardent writing students could study in community with the true masters of the craft, continues to this day,” said Jordan Hartt, Centrum’s program manager for writing. “He set the bar high, and the influence of his work will continue to ripple out and transform the lives of students for years to come.”

Hamill was the recipient of fellowships from the National Endowment for the Arts, the Guggenheim Foundation, the Mellon Fund, and many others, including the Washington Poets Association Lifetime Achievement Award.

His poems grace the pillars at Memory’s Vault, on Artillery Hill. In one of his poems, he writes, “I’d kiss a fish/and love a stone/and marry the winter rain//if I could persuade this battered earth/to let me make it home.”

We are grateful that Sam made his home with us on this earth for a little while.