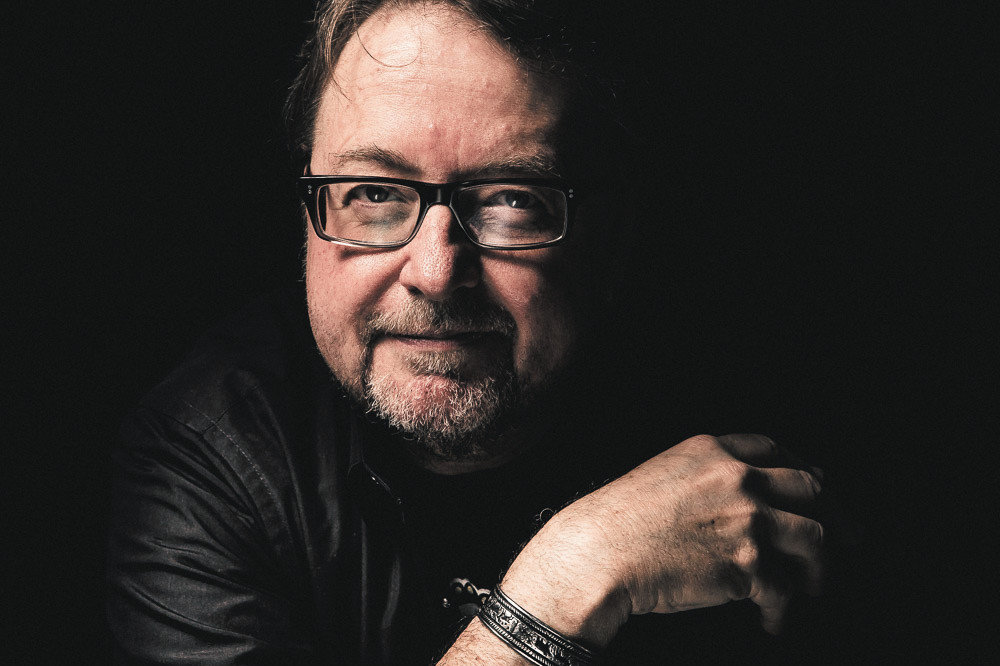 2018 Port Townsend Writers’ Conference faculty member Luis Alberto Urrea was recently interviewed by Terry Gross on NPR/WHYY’s Fresh Air in conjunction with the release of his latest novel, The House of Broken Angels, which borrows from the real story of his older brother, Juan, who was dying of cancer when Urrea’s mother died.

Growing up with a Mexican father and an American mother, author Urrea often felt like there was a border wall running through his family’s San Diego apartment.

“The kitchen was the United States; the living room was Mexico. One side was struggling with all her might to make me an American boy, and the other side, with all of his might, was trying to keep me a Mexican boy.”

As a child, Urrea was often confused by his own dual culture, which he describes as a “super-American look” combined with a “super-Mexican outlook and accent.” But as an adult, Urrea realized that he could draw on his heritage in his work.

Urrea was nominated for a Pulitzer Prize for his 2004 book The Devil’s Highway: A True Story, about a group of Mexican men who cross the border into the United States.

In his discussion with Terry Gross, he spoke about how his father’s death  – and the fateful intervention of Ursula LeGuinn – served as a catalyst for his writing career.

“I felt everything crashing down and I didn’t know what to do. It was such a harrowing experience being with his body. I sat in a room with him all night, his body, dealing with the police. And then I had to go to the border and deal with immigration and have all of his papers. I didn’t know what I was doing. By the time I got back to San Diego, I had forgotten English. It took me a minute to get back into being an American. I had only one way to deal with it, which was writing. I had been writing since high school, and so I wrote about it. The happy ending to that story is that Ursula Le Guin came to my college and she found me and helped me become an author.”

Luis Alberto Urrea is on the non-fiction faculty at this year’s Conference. (Register online) His class description:

“Verity and Shadow”
Writing is work, but writing is also play. In the genre now known as “creative nonfiction,” we are summoning the world as we have known it. We seek to tell the truth of our experiences as best we can, in what Richard Rhodes calls “verity” The art and play of this process also involves things not seen—shadows, subtexts, even ghosts. We will see what is hidden in the best writing and we will explore new territories in our own histories. Expect writing prompts and inspirations and be ready to share your own. Bring your pens and bring your souls.