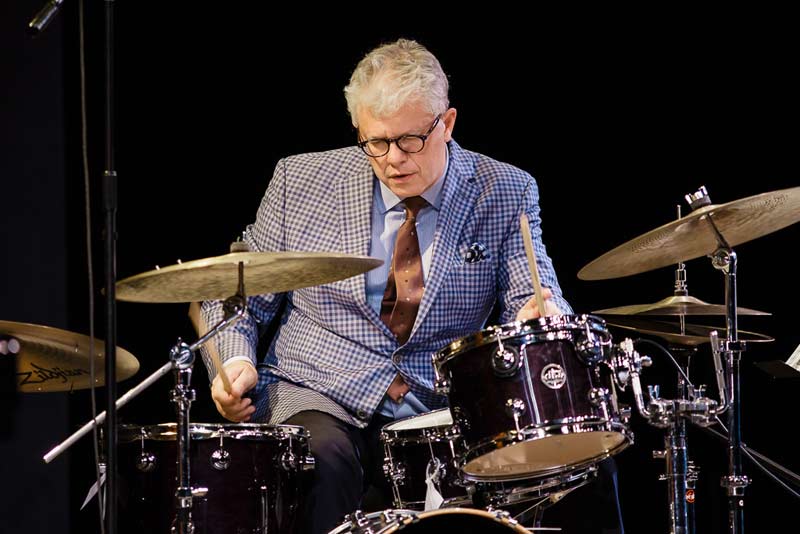 Members of the 2018 artist faculty at Jazz Port Townsend were well-represented in the 2018 Jazz Journalist Association Awards, announced this week.

Drummer Matt Wilson (pictured above) was named Musician of the Year, and was awarded Record of the Year for his release “Honey and Salt: Music Inspired by the Poetry of Carl Sandburg.”

In addition, vocalist Jazzmeia Horn was named Up and Coming Musician of the Year, and Wycliffe Gordon was named Trombonist of the Year.

Congratulations to all of these amazing artists; we can’t wait to have you in Port Townsend in 2018!