We think May is a perfect time to let big things grow, and we’re glad our residents agree. This month we are hosting memoirists, painters, paper-cut artists and poets, all of whom are here at Centrum to create work that has long been germinating.

Initially, studies in painting brought visual artist Celeste Cooning (pictured above) to Seattle. A decade later, she is best known for creating large-scale installations. Aside from various exhibitions, her work adorns city parks, storefronts, special events, and the stage, often in collaboration with other artists and local creatives.

2013 marked the transformation of Cooning’s signature cut paper aesthetic into a permanent outdoor sculpture for the city with support from 1% for Public Art and Seattle’s Office of Arts and Culture. Bounty functions as a threshold for Jackson Park Perimeter Trail in Seattle’s Pinehurst neighborhood. The stylized, ornate fronds harken to the verdant beauty, extolling the virtues of the Pacific Northwest landscape.

Sally Green co-founded Brooding Heron Press after moving to remote Waldron Island with her family into an army surplus tent, where she printed her first books. In 1985 the Greens moved into a log house built with their own hands. Sally continued press work in the shop that takes up a third of the ground floor, making books that have won multiple prizes and brought positive notice from Fine Print, Bookways, and the New York Times.

During her time as publisher and printer, Sally was also working on her own poems. Her first collection appeared in 2014.

For forty years Sally Green has been deeply involved in publishing other poets. What she remembers most about those thousands of poems is the diversity of each poem finding shape in the struggle between form and content.

Approaching her residency at Centrum, Sally is reminded of a quote from a Chinese poet:

Though she doesn’t regret the time spent on the work of others, she says, “What I need to do now is find those poems that are searching for me.” 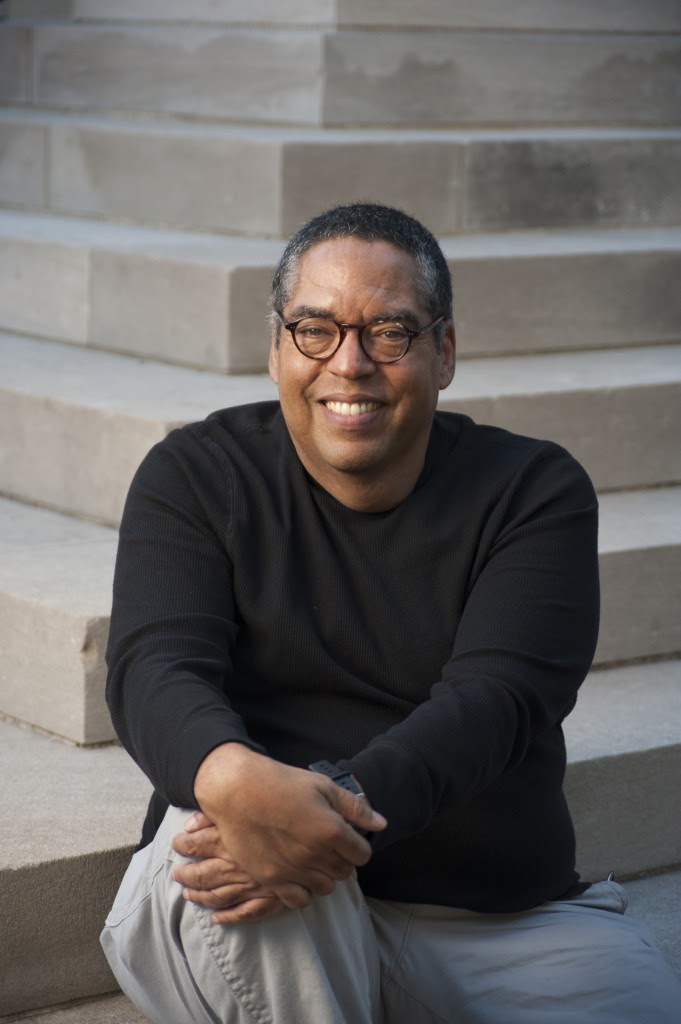 David Haynes is the author of seven novels for adults and five books for younger readers. He is a Professor of English at Southern Methodist University, and he also teaches regularly in the MFA Program for Writers at Warren Wilson College.

He has taught writing in the MFA Programs at the University of Missouri-St. Louis, Hamline University, at the Writer’s Center in Bethesda, MD, and at the Writer’s Garret in Dallas. He has received a fellowship from the Minnesota State Arts Board, and several of his short stories have been read and recorded for the National Public Radio series “Selected Shorts.” His most recent novel is “A Star in the Face of the Sky.” He is also the author of a series for children called “The West Seventh Wildcats.” David Naimon is a writer and host of the radio show and podcast Between the Covers (davidnaimon.com) in Portland, Oregon, he is the co-author, with Ursula K. Le Guin, of the book “Ursula K. Le Guin: Conversations on Writing.”

His writing has appeared in AGNI, Boulevard, Virginia Quarterly Review, Fourth Genre, American Short Fiction, Zyzzyva and elsewhere. It has also been reprinted in The Best Small Fictions and cited in Best American Essays, Best American Travel Writing and the Pushcart Prize Anthology.

While at Centrum, he’ll be working on his book-length project, which is an inquiry related to a terrorist attack that he and his wife experienced. This inquiry centers on a gap of memory between when he was blown by a blast wind and when he regained consciousness and searched for his wife in the rubble. 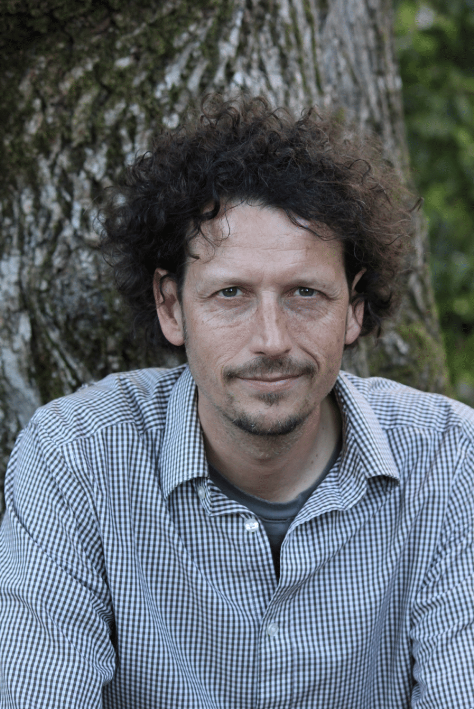 Ben Parzybok is the author of the novels “Couch” (a two time Indie-Next pick), “Sherwood Nation” (chosen for the Silicon Valley Community Reads program), and “In the Streets of the First City” (forthcoming), as well as a number of published short stories.

About his work Ben says, “I consider each novel its own manifesto, but in general I am fascinated by history and our place within it, as a contiguous timeline.” Through the medium of archaeology, in particular Western/Native American, the main character in his latest work, an archaeologist of moderate repute, explores the arc of the species. 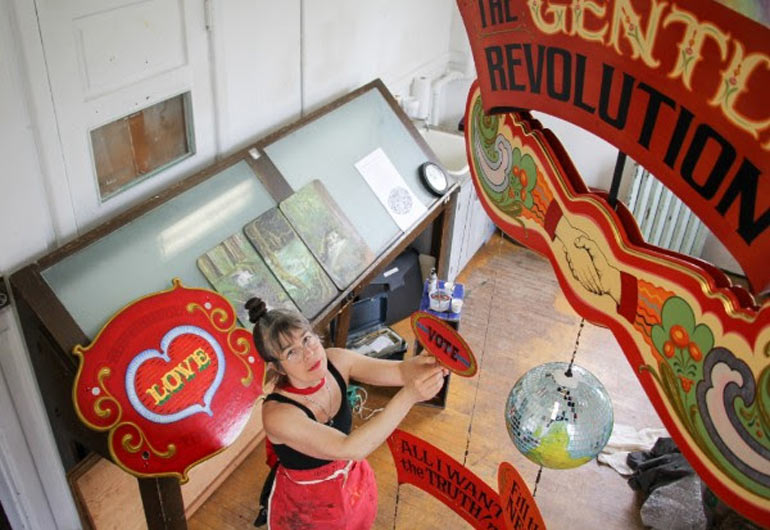 “My work is an ongoing investigation of ways to stimulate social change for protecting our communities and the natural environment of the Earth from destructive practices,” says Rapoport.

“The Gentle Revolution Manifesto I wrote in 2006, presents the values that inform my work. By stimulating the viewers’ eyes with great beauty and their minds with good ideas, I strive for dialog that will empower them to participate in healthy change. My purpose is to help our communities and world grow more healthy, peaceful and sustainable.”

Remedios is currently working on a series of paintings called Sacred Earth, Holy Water based on wilderness areas of the Olympic National Forest. “My intense love of our Earth is a sacred refuge for me as I continue this journey to speak out with my art.” 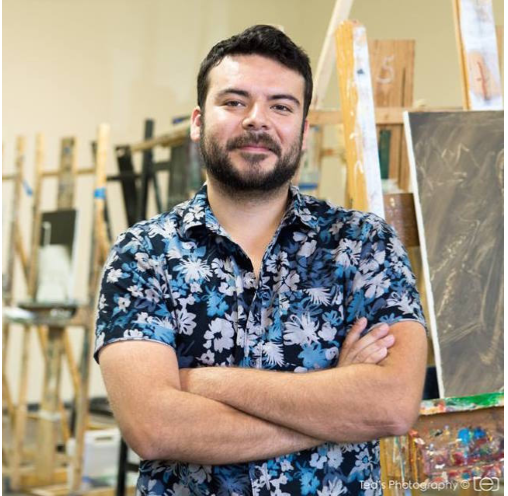 Alejandro Macias is a Mexican American artist born and raised in the Rio Grande Valley. He says, “I gravitate towards figurative painting and drawing due to my struggle with identity, not just in terms of artistic approach, but what it means to be human and a first generation Mexican American living on a contentious U.S / Mexico border.”

His most recent work highlights the natural division represented by the Rio Grande River, and how the history of this boundary creates an internal conflict with his own distinctive voice. The Rio Grande Valley is known for its fusion of Mexican and American culture.

“Coming from this large stretch of marginalized region, I feel divided by these two nations while simultaneously composed by it. This mirrors my understanding of traditional drawing and painting, while also trying to understand and challenge contemporary painting.” Brian Trapp is a Visiting Professor of English at Willamette University, where he teaches creative writing and disability studies. He also directs the Kidd Tutorial at the University of Oregon. Trapp received his PhD in Comparative Literature from the University of Cincinnati, where he was a Taft Fellow and the Associate Editor of the Cincinnati Review.

His fiction and essays have been published or are forthcoming in The Sun, Narrative Magazine, Ninth Letter, The Gettysburg Review, Black Warrior Review, New Ohio Review, and Brevity, among others. Brian is currently the fiction editor of Memorious: A Journal of New Verse and Fiction.

He is at work on a novel, and a memoir about this twin brother, Danny. He is coming to Centrum to work on his novel-in-progress, “Michael and Sal”—a Serio-comic coming-of-age story that challenges what it means to be “normal.” The novel follows a set of twins—Sal, who has severe cerebral palsy and mental disabilities, and Michael, the “normal one,” who struggles with survivor’s guilt.