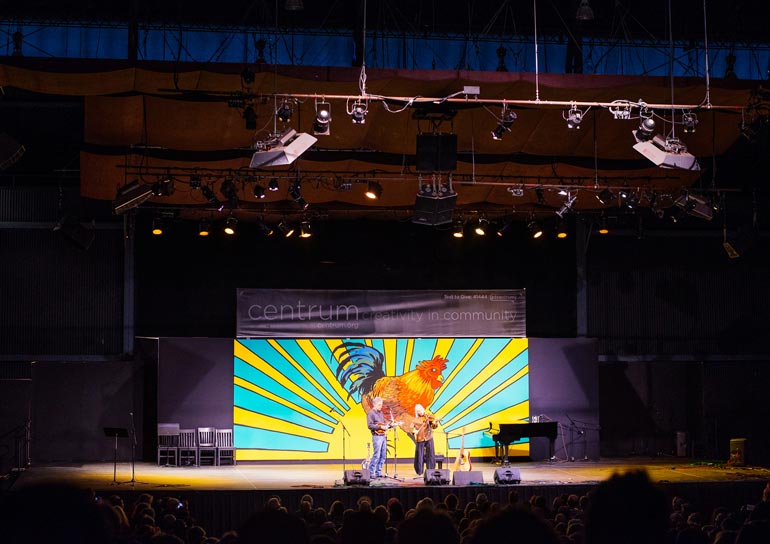 Join us on the Fourth of July for a rousing celebration of music from across the continent!

Since its inception in 1977, the Festival of American Fiddle Tunes has been one of the largest celebrations of traditional music west of the Mississippi. More than 30 faculty members from four different countries share a rich history and diverse styles of fiddle music with hundreds of participants in a weeklong, multigenerational workshop. Classes, band labs, dances, concerts, open jams, and informal and spontaneous gatherings culminate in mainstage performances that welcome thousands of audience members to experience the tapestry of North American fiddle styles. Since the day he was born, May 16th 1934, Dwight Lamb heard fiddle music being played or listened to in his family’s home. His father, Clarence, played the fiddle and his mother, Mary played the pump organ and almost every evening there was music in the house. Clarence also tuned the radio to fiddle programs featuring great Midwestern fiddlers like Casey Jones and Bob Walters and Dwight listened intently to these fiddlers. Dwight fell in love with the fiddling of Bob Walters and sometime around 1953 drove to Burt County, Nebraska to find Bob. He recorded hundreds of hours of Bob’s fiddling and also learned many of his tunes and is still playing them to this day. Dwight was also lucky to have a grandfather that played Danish dance tunes on the single row button accordion. His grandfather, Chris Jerup, left Denmark in 1893 with his fiddle, accordion and a head full of wonderful dance tunes. Dwight has done a great deal to save all these wonderful tunes in the “Missouri Valley style” of fiddling and the Danish tunes. He is very generous with his music and has helped many young musicians get started on fiddle and accordion. He recently was awarded a “National Heritage Fellowship” from the National Endowment for the Arts.

Bill Peterson has been learning tunes from Dwight since 2001 and has also traveled extensively with Dwight to festivals and concerts all over the United States and Denmark. Bill plays fiddle with the Sioux Falls Ceili Band and fiddle and guitar with the Sergeant Creek Stringband. He is co-founder of the Sioux River Folk Festival, now in its 39th year.

Born in 1930 in Almagordo, NM Junior is a fiddler, guitarist, singer and songwriter steeped in the styles and sounds of the Great Southwest. He won the New Mexico State Fiddling Championship eight years running and has been inducted into the New Mexico Fiddler’s Hall of Fame.

Over the last sixty years Junior has performed in diverse settings from Cowboy poetry events to Carnegie Hall with an amazing array of musicians including Sir Yehudi Menuhin, Hawaiian fiddler Eddie Kamae and American fiddle legends Mark O’Connor and Johnny Gimble. He lives in Colorado and continues to teach fiddle and perform. Junior will be accompanied by his grandson Sean Pyrtle at the workshop. An elegant master of flatfoot buck dancing, Thomas Maupin has blended traditional steps learned in his family with a distinctive personal rhythmicality to create a mesmerizing and highly musical style.

Born in 1938 in rural Eagleville, Tennessee, Maupin was surrounded by dancers on both sides of his family. Along with older relatives and his nine brothers and sisters, he “traded steps” as a child at domestic and community square dances. His maternal grandmother, Will, lived with the family and danced in a flatfoot—often barefoot—unadorned country style. Her influence on Maupin was strong, and today, more than her movement, it is her sound—the metric thud of heel meeting wooden floor—that he remembers. As Maupin entered adulthood, rural dances waned. Once married with children and employed in an aircraft factory, he took a 15-year hiatus from dancing.

With his children grown and with the emergence of regional old-time music contests, Maupin returned to dancing and found a new community of traditional musicians and steppers. While dancing he is most animated from bent knees to shoe soles, his form firmly anchored at his narrow waist. His lean upper body swivels with subtle emphasis, in graceful balance with his toes and heels. His feet tap, stomp, and slide a sophisticated rhythm grounded in the accents of traditional fiddle and banjo tunes. Distinguished by his impressive crisscrossing and scissor steps, Maupin is known to dance at times without instruments, as his feet and vocal patter make a fully functional musical ensemble.

Beginning in the mid-1970s, Maupin became a mainstay at music contests in the South. His precise musical timing and collaborative spirit made him favored among old-time string bands, who worked with him more in a symbiotic relationship than an accompanying one. Over the next three decades, he won state championships in Tennessee, Kentucky, Georgia, Alabama, and Indiana, as well as several national and regional championships in buck dancing, clogging, and freestyle dance. In the 2000s, Maupin began a musical partnership with his grandson Daniel Rothwell, an award-winning traditional banjo player, and he’ll also be accompanied to the festival with fiddler Casey Meikle. Last year, he received our nation’s highest honor for traditional music, the National Heritage Fellowship.

Over the years, he has patiently guided many young dancers on festival grounds or in his open house, and inspired hundreds more through workshops and exhibitions at numerous major festivals and heritage events. Maupin has evolved a deceptively simple artistic philosophy: follow the note of the tune, dance the music that you hear, and make your feet say something. 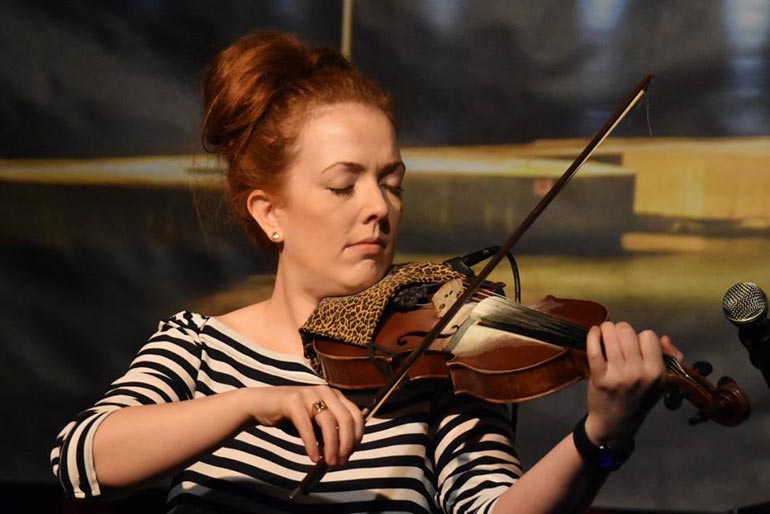 Dawn hails from Mabou, Cape Breton and has been playing fiddle and step dancing for most of her life. Music has been at the forefront of her life, surrounded by it through an infusion from her parents, her relatives, and living in the vibrant community of Mabou. Along with her fiddling sister, Margie, Dawn released her debut album, Taste of Gaelic, which won the East Coast Music Award for Roots/Traditional Duo or Group Recording of the Year in 2010. Dawn and Margie have performed at concerts, ceilidhs and festivals all around Cape Breton Island, mainland Nova Scotia, Prince Edward Island, Scotland, Ireland, France, USA, England, Brazil and China. Dawn is also the Artistic Director for the magnificent Celtic Colours International Festival in Cape Breton that takes place every October on all corners of the island.

Troy MacGillivray has a musical prowess that can be attributed to an especially rare combination of commitment and bloodline. From a young age, Troy was impressing audiences with his fiddle, piano, and step dancing skills. He has a roots-centered approach to his fiddling and piano playing that has the power to inspire any audience and has played across Canada, the US and UK, the Netherlands, Germany, Japan and Australia. Troy plays the music of his ancestors who immigrated to Canada from Scotland over 200 years ago. Today, he focuses on playing not only traditional tunes but also his own compositions which are receiving international recognized and are being recorded by other artists from across Canada and around the world.