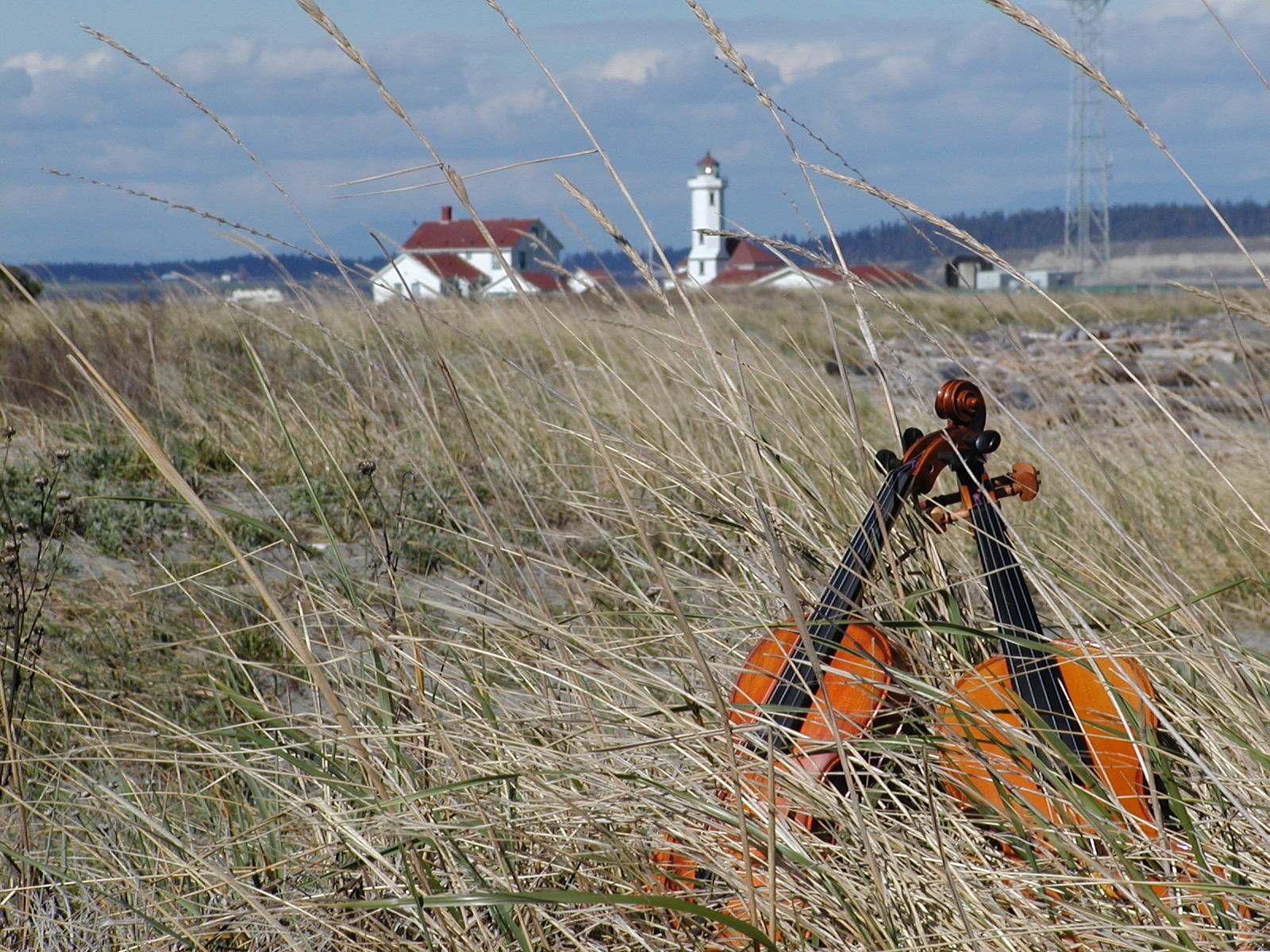 Join us JULY 4TH for a whole day of fun and music!  We start the day at 1:30 p.m. with a mainstage extravaganza, not to be missed.  Beer garden and BBQ available for your enjoyment.  The evening of Fourth of July at Fort Worden is magical – music, dancing and frivolity, followed by an amazing fireworks show overlooking the Salish Sea.

For the 2018 event, we’ve put together a swinging show with some of the nation’s finest swing and cajun performers. Don’t miss it! James began playing fiddle at age 10, and by age 13 was learning Texas Style fiddling from the legendary Benny Thomasson. He started to play Swing and Jazz as well, and is influenced by Bob Wills, Stephane Grappelli, and Joe Venuti among many others.

James currently performs in Portland with Pete Krebs and The Portland Playboys, The Djangophiles, Rebecca Kilgore and various others. John G. Stewart’s versatility and sensitivity as a guitarist have gained him a formidable reputation in several genres of music. He began his career in the Midwest, where he worked with some of the country’s finest traditional fiddler players, and then toured and recorded on upright bass with swing and bluegrass bands. For some twenty years he played guitar with the legendary Kansas City jazz violinist, Claude “Fiddler” Williams.

John has performed on numerous tours for The National Council for the Traditional Arts, including Echoes of the Ozarks, Masters of the Folk Violin and Masters of the Steel-String Guitar.

Born in 1938, the venerable Walter Mouton is a legend in Cajun music.

For the past 65 years he has led the Scott Playboys, the quintessential Cajun dance band. They entertained at La Poussiere Cajun Dance hall for 45 years, including playing every Saturday night for 30 years straight, until Mr. Mouton retired in 2008.

“I never was one for the fame,” said Mouton. “That’s why I never pushed to record. I was satisfied going out there, playing my music and watching the people enjoy it.”

He did record a single 45 in 1970, consisting of “Lonely Girls’ Waltz” and the accordionist’s signature “Scott Playboy Special” as the B side. This was his sole recording for decades although several bootleg recordings of his band from the 80s have been widely circulated and are revered as some of the finest Cajun dancehall music ever recorded.

Mr. Mouton will be accompanied to Port Townsend by Jason Frey, one of Dewey Balfa’s favorite accordion players – but Jason will teach at fiddle during the week.

And coming for the first time, leading Cajun guitar and vocals, will be Mark Latiolais, known for his work with both Jason Frey and Paul Daigle.