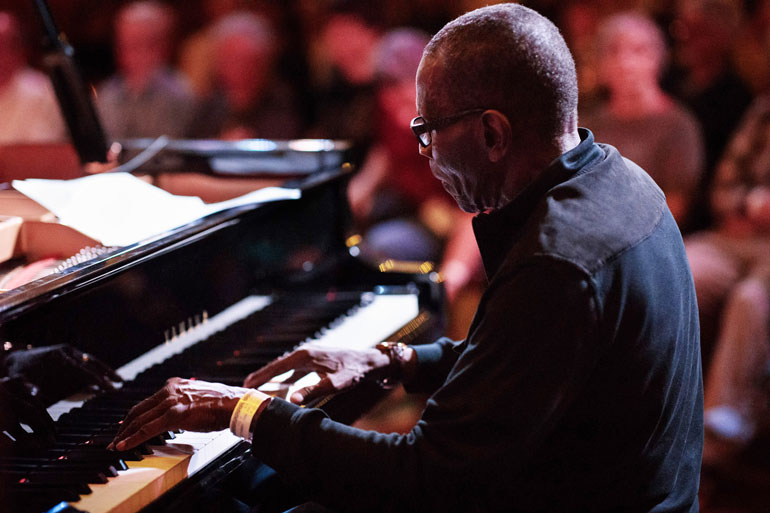 When George Cables was going to school in New York City he used to walk the streets at night, taking in the cosmopolitan sights and sounds, mentally recording his encounters with “so many different kinds of people.” In his musical career as well, Cables has prowled side streets and main thoroughfares in relative anonymity, absorbing countless influences into his personal style.

Born in New York City in 1944, Cables was classically trained as a youth and when he started at the “Fame” worthy High School of Performing Arts, he admittedly “didn’t know anything about jazz.” But he was soon smitten with the potential for freedom of expression he heard in the form.

The young Cables was impressed by such keyboardists as Herbie Hancock and Chick Corea. But, he points out, “I never really listened to pianists when I was coming up. I would probably say I’ve been more influenced by Miles or Coltrane and their whole bands rather than by any single pianist. The concept of the music is more important than listening to somebody’s chops, somebody’s technique, the way Miles Davis’ band held together, it was just like magic. You were transported to another world.” 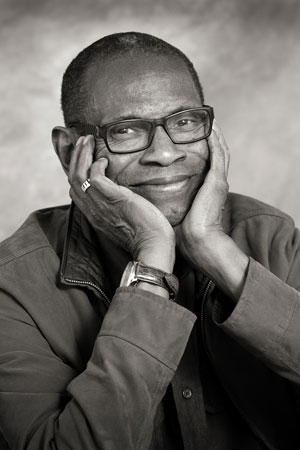 Cables attended Mannes College of Music for two years and by 1964 he was playing in a band called The Jazz Samaritans which included such rising stars as Billy Cobham, Lenny White, and Clint Houston. Gigs around New York at the Top of the Gate, Slugs, and other clubs attracted attention to Cables’ versatility and before long he had recorded with tenor saxophonist Paul Jeffrey, played on Max Roach’s “Lift Every Voice and Sing,” and earned a brief 1969 tenure at the piano bench with Art Blakey and the Jazz Messengers.  By 1971 he became a significant figure in the jazz scenes of Los Angeles, where he first resided, and San Francisco, where he also lived.

Perhaps the most pivotal turn came when hard-bop legend Dexter Gordon invited Cables into his quartet in 1977. The two years he spent with the reappreciated tenor giant ignited Cables’s passion for the acoustic piano and immersed him in the bebop vocabulary. “I don’t feel that one should be stuck in the mud playing the same old stuff all the time, trying to prove that this music is valid,” Cables says. “We don’t need to prove anything. But I think you really have to be responsive to your heritage and then go on and find your own voice.”

The longest standing relationship Cables developed in the late seventies was with alto saxophonist Art Pepper. Cables, who Pepper called “Mr. Beautiful,” became Art’s favorite pianist, appearing on many quartet dates for Contemporary and Galaxy, and joining Art for the extraordinary duet album, Goin’ Home, that would be Pepper’s final recording session.

George Cables has been a stalwart member of the Jazz Port Townsend faculty for many years and is a cherished friend, advocate and educator, adored by all in the Pacific Northwest jazz community.

Each year, Centrum selects a most deserving community volunteer, advocate, musician or artist to receive the award, and a commemorative plaque is added, for display, in the McCurdy Pavilion.  Past honorees include Gary Kennedy (2015), Peter McCracken (2016), and Dick and Anne Schneider (2017).