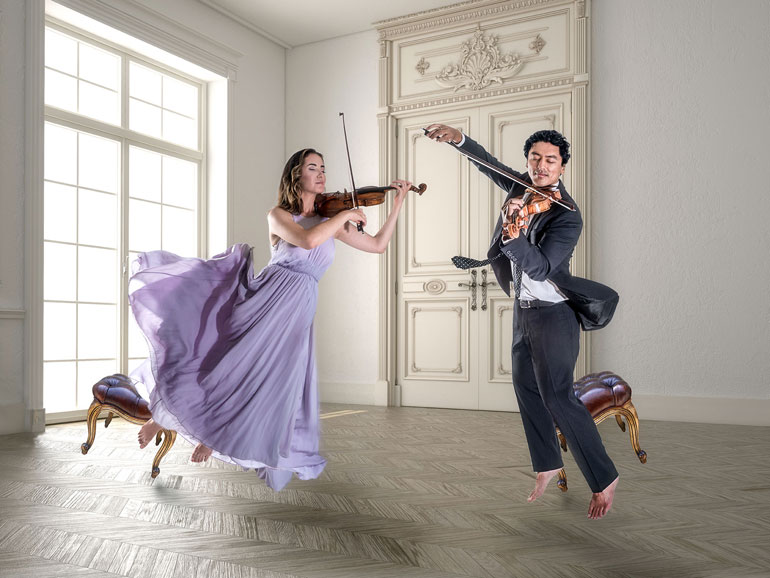 Sounds Genius: Vivaldi’s Four Seasons
A guided exploration of the works, with commentary, and musical examples

This landmark Los Angeles ensemble will present their nimble chamber setting of one of the most beloved works of all time. Did you know that Vivaldi attached poetry to each of his seasons? Salastina will guide the audience through his brilliant musical illustrations of those classic depictions of nature and bring a fresh and colorful musical approach to these gems.

Since its founding in 2010, Salastina has earned a national reputation for connecting audiences to classical music. Audiences respond to Salastina’s warmth, immediacy, keen musical insight, and sense of social responsibility. Over two dozen Salastina performances have been broadcast to millions nationwide on Performance Today. The group was founded by violinists Kevin Kumar and Maia Jasper White, who continue to direct the ensemble. Salastina believes that all great music — from classic to not yet so — bears intrepid exploration. Salastina champions music that has stood the test of centuries out of a firm belief in its value. They advocate for the ever-evolving music of our time. They promote new music that doesn’t compromise on originality, sophistication, or accessibility.