This residency supports artists residing in the Northwest region who are at pivotal and early stages of their professional careers. Artists may be recent graduates, have a limited exhibition history, or come from a non-traditional path in the arts. Artists must be residents of British Columbia, Idaho, Montana, Oregon, or Washington, and have a demonstrated commitment to artistic practice.

This year’s jurors were Fionn Meade, Shamim M. Momin, and Melanie Stevens. Selected artists will be provided with housing, studio space and a $1,000 stipend, while they spend the month creating work in community with one another. Throughout the residency, artists benefit from studio visits with arts professionals, opportunities to connect with local artists, and participation in a closing open studio event. Through access to time, space, and community, artists have a rare occasion to focus on ideas, expand their networks, and build relationships that continue beyond the residency.

This year we also welcome Rachel Jensen as a special guest visual and culinary artist resident within the program, who will be engaging the artists in her cuisine and artistic practice. Visiting curators, artists, and professionals throughout the program will include Shamim M. Momin, Melanie Stevens, Libby Pratt, Cicelia Ross-Gotta, and Jaleesa Johnston. manuel arturo abreu (b. 1991, Santo Domingo) is a poet/artist from the Bronx. They live/work in a garage in southeast Portland, and received their BA in Linguistics (Reed College, 2014). They use what is at hand in a process of magical thinking, with attention to ritual aspects of aesthetics. Daniel Coka was born in New Jersey, USA in 1990. He grew up in a Latino migrant community from Ecuadorian parents. Coka has lived in between the US and Ecuador since he was born in 1990. He received a diploma in Visual Arts and Digital Cinema from the University of Cuenca, Ecuador.

He works primarily with actions registered in video and audio, but he has also produced in drawing, writing and painting. His work is a constant exploration of identity, in which the label cuir (Spanish for queer) has prompted an intense questioning process, while also addressing race, nationality, latinidad and masculinity.

He currently lives and works in Portland OR. Dori received a BFA from the School of the Art Institute of Chicago in 2009. Dori has had solo shows at Glass Box and at Specialist in Seattle, and a two person show at Actual Size in Los Angeles. Recent group shows include Becoming American, both in San Juan Island’s National Historic Park and at studio e in Seattle, as well as at SOIL Gallery in Seattle, and WERK in Los Angeles.

Dori founded Specialist, a contemporary art gallery and project space in the Pioneer Square neighborhood of Seattle, in 2017. 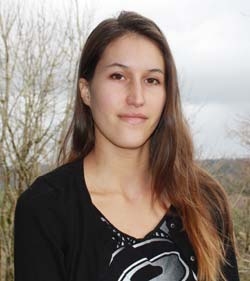 Asia Tail is an artist, curator, and arts administrator based in Tacoma, Washington. Asia attended the Cooper Union School of Art in New York on a four-year full-tuition scholarship and graduated with a BFA and the Brandon Burns Stewart Memorial Prize for Excellence in Painting in 2014.

Her studio practice focuses on oil painting, but also includes collage, beadwork, and other media. Asia’s work has recently been featured in the exhibition NW Art Now @ TAM (formerly the Northwest Biennial), Quota at SOIL Gallery in Seattle, Moon Moan at 950 Gallery in Tacoma, and Women’s Work at the NARS Foundation in New York.

As an extension of her art making, Asia also curates special projects and art exhibitions, with an emphasis on Indigenous artists. In 2019, she co-curated yəhaw̓ with Tracy Rector and Satpreet Kahlon, a year-long project culminating in the inaugural exhibition at Seattle Office Of Arts & Culture’s King Street Station featuring work by over 200 Indigenous creatives. She is a citizen of the Cherokee Nation of Oklahoma, and a proud member of the diverse Urban Native community in the Pacific Northwest. Khadija Ann Tarver (b. 1994) is an artist and architect born in Everett, WA. She received both her undergraduate and Masters degrees in Environmental Studies from the University of Pennsylvania.

She has exhibited in galleries and public spaces around the Pacific Northwest, including her solo exhibition in 2018 at METHOD titled ‘A circle made by walking’. Khadija Tarver lives and works in Seattle, Washington. garima thakur is an interdisciplinary artist born in New Delhi, India where she spent most of her formative years. She moved to United states ten years ago. Her registered alien number is A ****** which allows and gives her the permission to exist in United States currently.

She is currently stationed in Portland, OR, where she moved five years ago and works as an assistant professor of interaction media and graphic design at Western Oregon University. Fionn Meade is an independent curator.

He served as Artistic Director at The Walker Art Center, where he headed the Visual Arts Department. He has been faculty at the Center for Curatorial Studies, Bard College, and in the MFA program for Visual Arts, Columbia University.

Meade holds a MFA in Poetry from Columbia University and an M.A. in Curatorial Studies from CCS Bard.

He has previously been a curator at the Henry Art Gallery, Seattle, WA, and at SculptureCenter, NY. 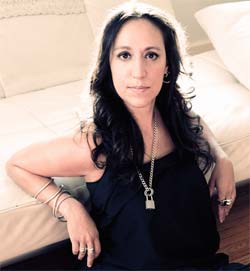 Prior to the Henry, Momin was the Director and Curator of LAND (Los Angeles Nomadic Division), a nonprofit public art organization committed to curating site- and situation-specific contemporary art projects, in Los Angeles and beyond, which she co-founded in 2009.

Previously, Momin served for more than ten years at the Whitney Museum of American Art, co-curating the 2004 and 2008 Whitney Biennials and overseeing the Contemporary Projects Series. Melanie Stevens is an artist, illustrator and writer.

She is the creator of the graphic novel series, WaterShed, and is the co-founder of Nat Turner Project, a migratory gallery space that grants artists of color the freedom to create or express their own language within and without the parameters of racial commodification or designation.

She is also the co-founder of Miss Anthology, an organization that supports and publishes racially and economically diverse young comic artists who identify as LGBTGIA+ or female.

She received her Bachelor of Arts degree for Political Science from Yale University and her Master’s of Fine Arts degree for Visual Studies at Pacific Northwest College of Art, where she currently teaches.

Additional Guests of the Program

Rachel Jensen is an NYC based chef and artist whose material explorations are informed by a deep reverence for ancient global “making” traditions and the beauty and abundance of the natural world.

As a private chef, she caters largely to a clientele of artists, galleries and artistic institutions and has become known for creating bespoke, seasonal menus that deepen one’s multi-sensory experience and appreciation of each individual ingredient. She seeks to showcase local, raw materials in their utmost glory and is guided by the desire to co-create with earth, farmer, ingredient and diner to satisfy hunger on both a physical and spiritual level.

Similarly, in her visual art, she pursues a dialogue with material, self and the universe, often beginning without any vision of final form. “Process” is dominant and by choosing repetitive, meditative tasks as a starting point, she is able to slip gradually from the shackles of analytical order and control to the magical fluidity of visual vocabulary. Her chosen materials are often found objects and tend towards textiles and paper while handwork, writing, and geometry are emerging themes.

In addition to her culinary training, Jensen is a writer with a background in fashion and editing. She attended graduate school in Architecture at Rice University and holds a Bachelor of Arts in Urban Studies from Stanford University. Her current obsessions include: archetypal postures, botanical dye/ink, everett ruess, handmade clothes, hanji, kachina, kintsugi, marfa, pâtisserie, sourdough, totem poles, turquoise, and vishnu schist.

Libby Pratt is an artist, educator, and publisher. She is the Director at Baxter St at the Camera Club of New York and she teaches photography at City College of New York, CUNY. She is a co-founder of Secretary Press and New Draft Collective and received her MFA from ICP-Bard College in Advanced Photographic Studies. She is a recipient of the Lower Manhattan Cultural Council’s Swing Space Residency and has exhibited her work in New York, LA, and abroad. Her work was recently included in The Plates of the Present, So Far at Praz Delavallade, Paris and in Portrait of a Landscape at the Museo Sivori in Buenos Aires, Argentina. Her work will be included in a forthcoming group exhibition at the Centre Georges Pompidou in Paris, France in 2020.