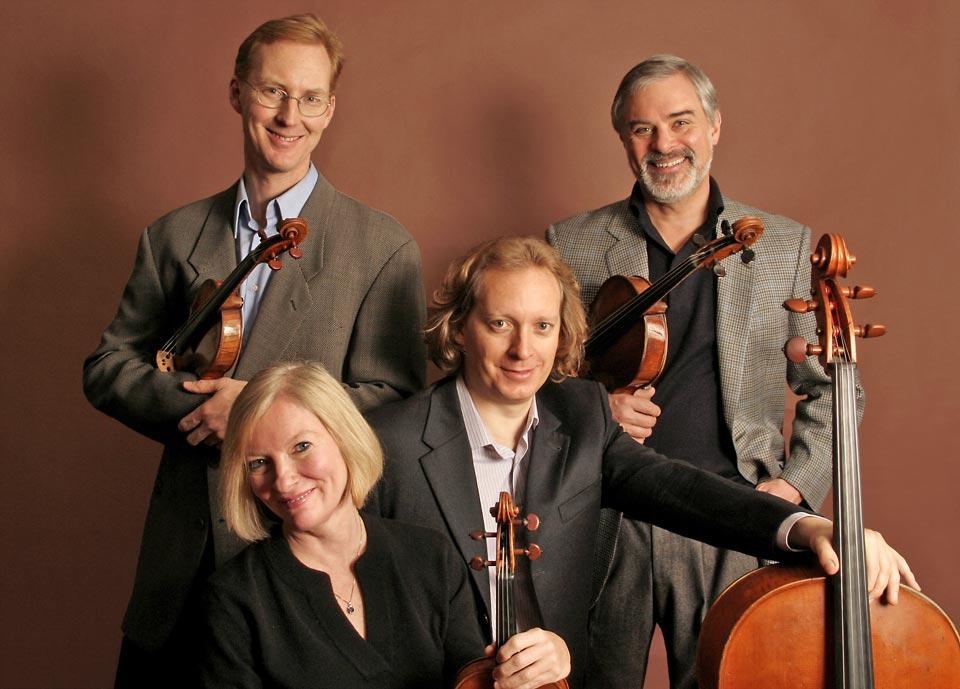 The American String Quartet has spent decades honing the luxurious sound for which it is famous. The Quartet will celebrate its 45th anniversary in 2019, and, in its years of touring, has performed in all fifty states and has appeared in the most important concert halls worldwide. The group’s presentations of the complete quartets of Beethoven, Schubert, Schoenberg, Bartok, and Mozart have won widespread critical acclaim, and their MusicMasters Complete Mozart String Quartets, performed on a matched quartet set of instruments by Stradivarius, are widely considered to have set the standard for this repertoire.

Formed when its original members were students at The Juilliard School, the American String Quartet’s career began with the group winning both the Coleman Competition and the Naumburg Award in the same year. Resident quartet at the Aspen Music Festival since 1974 and at the Manhattan School of Music in New York since 1984, the American has also served as resident quartet at the Taos School of Music, the Peabody Conservatory, and the Van Cliburn International Piano Competition.

Join us as they serve as our featured performers this Friday evening at the Wheeler Theater, in concert with Lucinda Carver!