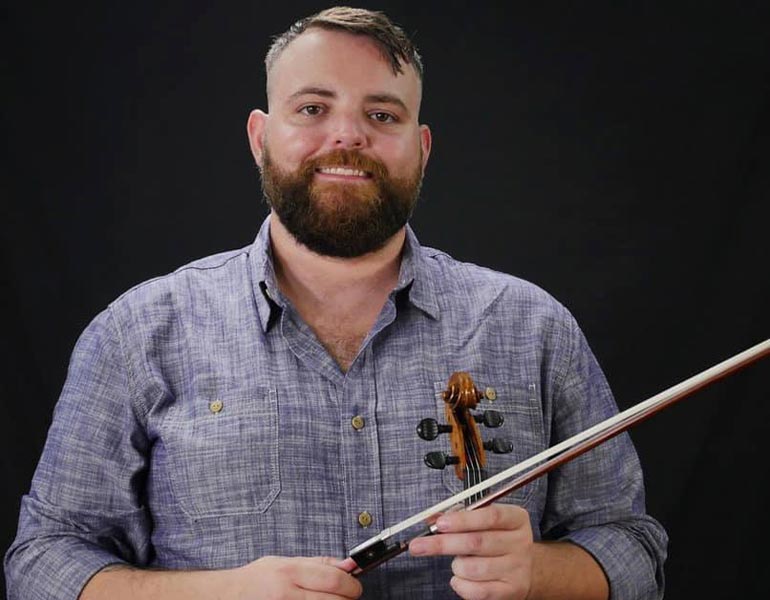 Brandon Godman, from the great Bluegrass state of Kentucky, started fiddling when he was 10. He played at fiddle contests, square dances, and gigs with local bands in the tri-state area. With time spent in both Nashville and the Bay Area, Brandon has played with some of the top acts in the business while also teaching around the country.

Brandon Godman has played with the best and brightest in the bluegrass scene, making his mark in both Nashville and the Bay Area. He started fiddling when he was 10, playing at fiddle contests, square dances, and gigs with local bands in the tri-state area around his home in Kentucky. After attending the jazz program at Morehead State, he moved to Nashville to pursue a music career, performing with some of the top acts in bluegrass and country music, including Doyle Lawson & Quicksilver, Dale Ann Bradley, The Band Perry, and Ray Price.

Since moving to the Bay Area a few years ago, he has been much in demand, playing with Laurie Lewis and other local bluegrass bands, as well performing and teaching across the country. His love for the craft has led him to be a scholar of classic bluegrass fiddle and is matched by the great verve and intensity of his playing. In San Francisco, he has served as a board member on the California Bluegrass Association and plays a supportive part of the Bluegrass Pride performances. Through his work in organizing and playing at Bluegrass Pride performances, Godman raises a platform for the bluegrass world embrace all of its players.

Part of the Fiddle Tunes luthier collective team, Godman will not be leading a band lab this year but offering bluegrass fiddle workshops each morning at the gathering.