Our first public performance features Voice Works artist faculty on Wednesday evening of the workshop at the Wheeler Theater in Fort Worden. Performance highlights include several appearances on A Prairie Home Companion, a tour with The Vinyl Cafe, the Winnipeg, Vancouver and Edmonton Folk Music Festivals, Celtic Connections and Pickathon. They’ve released three records as a duo, the third of which, A Wanderer I’ll Stay, earned the 2016 Juno for Traditional Roots Album of the Year.  They are passionate teachers and believers in many things folk, and their heartbreakingly harmonic live show is an ever-evolving and never-ending quest for good songs and beautiful sounds. 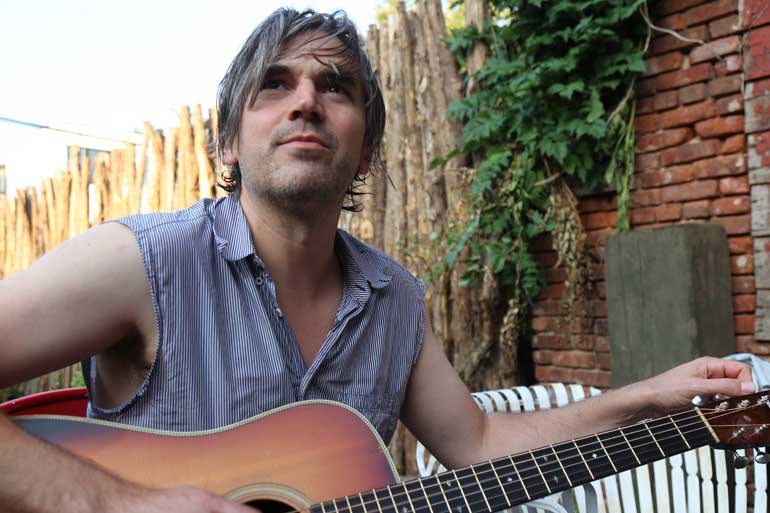 Jefferson Hamer is a songwriter, guitarist, and traditional musician based in Brooklyn, NY. His new album of original songs, Alameda (featuring Jeff Picker, John Fatum, Alec Spiegelman, Hannah Read, Sarah Jarosz, and others), will be released in 2018. Murphy Beds, his traditional acoustic duo with Eamon O’Leary, features harmony vocals backed by intricate guitar and bouzouki accompaniment. He currently plays electric guitar and sings (and moonlights as a Bostonian) with the six-piece roots rock ensemble Session Americana. In 2016 he recorded and co-produced their album “Great Shakes“. His 2013 “Child Ballads” album with Anais Mitchell earned a BBC2 Folk Award and was named one of NPR’s top-ten Folk releases of the year. California-grown, Brooklyn-based Eva Salina is a groundbreaking interpreter of Balkan Romani songs and a dynamic instructor working in Eastern European vocal traditions. Raised in the US Balkan Diaspora, Eva’s lifelong dedication to the folk music of Southeastern Europe has led her to be mentored by extraordinary singers and musicians including Ruth Hunter, Ethel Raim, and Tzvetanka Varimezova. A passionate activist for dialogue and mutual understanding, and an advocate for women in traditional and traditionally-based music, Eva is committed to a life of collaboration and evolving musical traditions. In her performance work, she tours in a duo with Serbian/Romanian Romani accordionist Peter Stan and strives to amplify voices of past generations of Romani women musicians. Eva is Founding Musical Director of The Jalopy Chorus, a community chorus exploring global harmony traditions, and works internationally as a vocal instructor, inspiring and teaching singers of all ages and backgrounds to participate in living traditions.
Robert Sarazin Blake For 20 plus years Blake has performed all over the US, Ireland & Germany. His 2017 Double Album ‘Recitative’ received an A- from legendary Rock Critic Christgau, who wrote “Chants that riff on the titles WORK, COUPLES, and SINGLE WOMEN are as instantly indelible as the Springsteen, Weill, Reed, and Van Morrison lifts woven in.” In addition to writing and recording 150 original songs, Blake continues to learn and perform traditional Irish ballads in The Dublin Letters, Americana-party-music in The High, Wide & Handsome Band, and the songs of his hero’s and friends at his weekly happy hour gig at Boundary Bay Brewery in Bellingham, WA. Blake has developed a unique polyrhythmic strumming guitar style but it’s mostly the words and the stories you’ll remember. The guitar is a vehicle, the voice is the navigator and every word counts.
Dawn Pemberton

Vibrant, genuine and soulful, Dawn Pemberton has deep musical roots that take her powerful voice from gospel and soul to jazz, funk and world music. She has become a staple of the Vancouver music scene and can often be found tearin’ it up as a vocalist, teacher, facilitator, choir director and “go to girl” for live performances and studio sessions. A passionate songwriter and performer Dawn crafts her music with a sense of adventure, quirkiness, and serious groove and shapes it into her own unique and dynamic package. Tight, expressive and bold, Dawn will hit you where it counts, funk you up and make you say “Go ‘head!”
Peter Rowan

Grammy-award winner Peter Rowan is a singer-songwriter with a career spanning over five decades. From his early years playing under the tutelage of Bluegrass veteran Bill Monroe, to his time in Old & In the Way and his breakout as a solo musician and bandleader, Rowan has built a devoted, international fan base through a solid stream of recordings, collaborative projects, and constant touring. Born in Wayland, Massachusetts to a musical family, Rowan learned to play guitar from his uncle. He spent his teenage years absorbing the sights and sounds of the Hillbilly Ranch, a legendary Country music nightclub in Boston frequented by old-time acts like The Lilly Brothers and Tex Logan. After three years in college, Rowan left academia to pursue a life in music. Rowan began his professional career in 1963 as the singer, rhythm guitarist and songwriter for the Bluegrass Boys, led by the founding father of bluegrass, Bill Monroe. The late ‘60s and early 70’s saw Rowan involved in a number of rock, folk and bluegrass projects, including Earth Opera, Sea Train, Muleskinner, and the Rowans, where he played alongside brothers Chris and Lorin Rowan. After the Rowan Brothers disbanded, Rowan, David Grisman, Jerry Garcia, Vassar Clements and John Kahn formed a bluegrass band christened Old & In the Way. It was during this incarnation that Rowan penned the song “Panama Red,” a subsequent hit for the New Riders of the Purple Sage and a classic ever since.