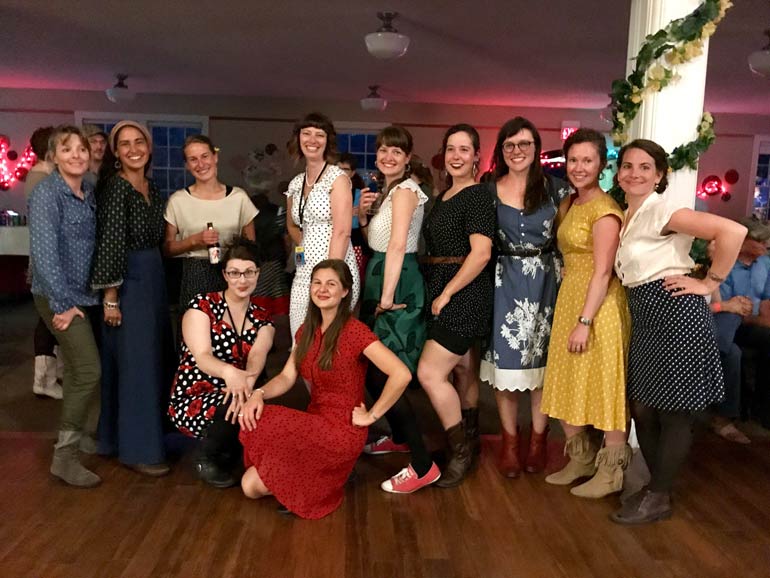 A Voice Works tradition! Get ready for a terrific night of music and dancing, featuring Early Country and Honky Tonk, as well as Cajun French tunes.

Wear your polka dots with pride!

Early Country: Bill and the Belles

Bill and The Belles, a stringband from Johnson City, Tennessee, specialize in the intersection of rural, urban, hillbilly and pop music. With an amazing combination of country, bluegrass, blues and Americana, Bill and The Belles’ retro vocals and style blends the past with the present in very distinct way. They love singing rich, close harmonies and expanding what it means to play old time music today. Kris Truelsen (guitar, vocal) was raised in the mountains of Colorado and has been an avid fan of early country music most of his life. As the first to earn his masters degree in Appalachian Studies from East Tennessee State University, he continues to expand and share his knowledge of traditional American music. As Producer of Radio Bristol, housed in the Birthplace of Country Music Museum, Kris’ music, philosophy, and enthusiasm touch audiences internationally. Kris produces and hosts the historic radio program “Farm and Fun Time” and daily morning program “On the Sunny Side.” He has been nominated as IBMA Broadcaster of the Year for 2017 and 2018.

Kalia Yeagle’s (fiddle, vocal) expressive and versatile fiddling is quickly positioning her at the forefront of a new generation of acoustic musicians. She takes inspiration from her upbringing in Alaska, where long winters and strong, diverse communities have produced a music scene unlike any other. Her music is undeniably of the mountains, both the Chugach and the Blue Ridge. As a scholar of Appalachian Studies, she studied the rich musical heritage of the region with special interest in early country music’s pioneering female artists.

Helena Hunt (banjo, vocal) has been steeped in old time and traditional music from a very young age, first picking up the banjo when she was 8 years old. A Waynesville, NC native, Helena went through the Junior Appalachian Music program, and has played countless shows in the region since. She is currently attending ETSU for Biology with a minor in Oldtime, Bluegrass and Country Music Studies and is grateful for the opportunities and vast array of people and places music has brought to her life.

Drew Simon was born and raised in Lafayette, Louisiana and developed an interest in Cajun music in his late teens. At 20, he began playing the accordion and started learning the words to many of the songs in his huge Cajun music repertoire.

For more than 15 years, Drew has been regarded as one of the best of the “New Generation” of dancehall musicians being heavily influenced by legends Belton Richard, Aldus Roger, Phillip Alleman, Walter Mouton, Jesse Lege’, and Lawrence Walker just to name a few. With bands, the Pine Leaf Boys ( 4x Grammy Nominated) and T’Monde, he has brought Cajun music and Cajun culture to 24 countries and 47 states. 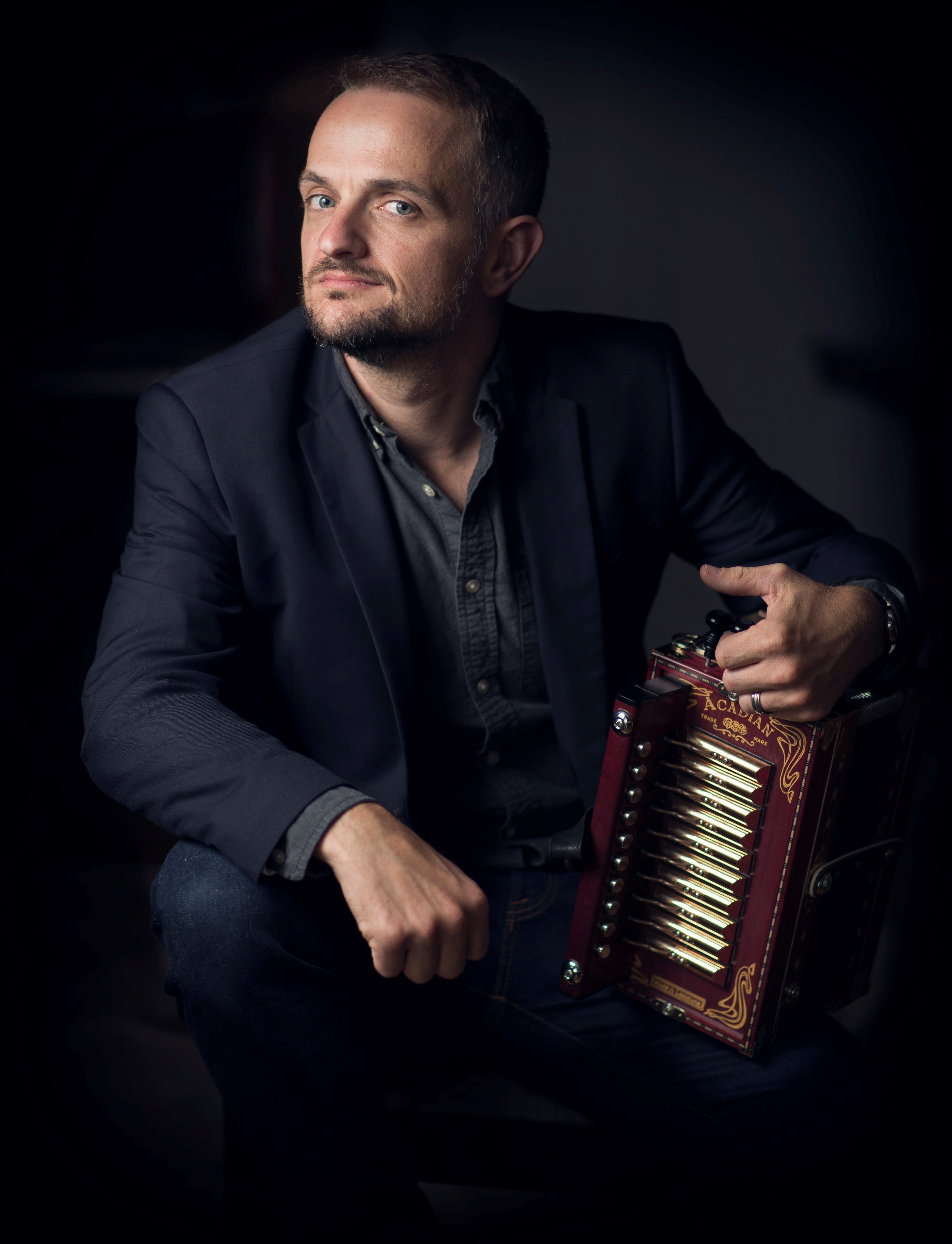