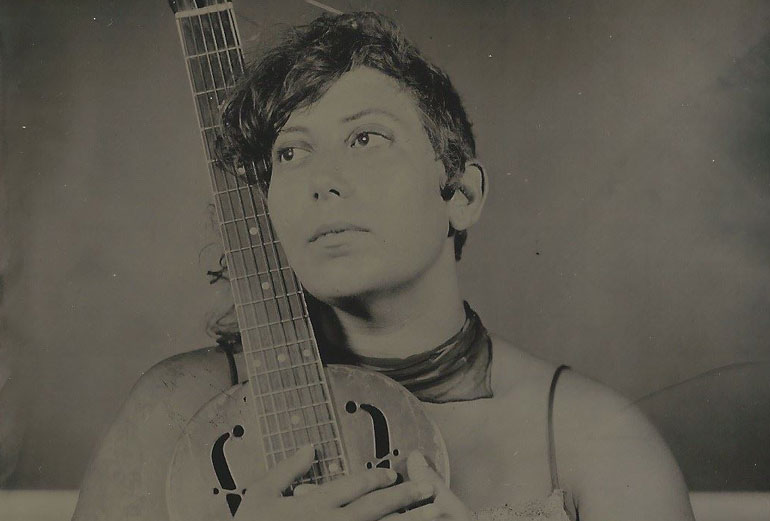 Found the past few years performing on the porches, stoops, and stages of New Orleans, Ali Kafka cut her teeth as a street musician. She’d take up tunes with accompaniment by fiddles, cellos, washboards, or jugs when she wasn’t playing counterpoint duets with fellow country blues guitarists. Enamored with the nuance and feeling of 78 record–era blues and string band tunes, Ali has passionately sought to preserve its driving bass and loping syncopation for new audiences.

This summer, Ali will be teaching two courses at the Port Townsend Acoustic Blues Festival: an intensive on Blind Blake’s staggering influence on country blues, and a class on the many female blues guitarists who have contributed to the proliferation of the country blues in the music industry.

The 2019 Port Townsend Acoustic Blues Festival (July 28th–August 4th, 2019) is bringing back fan-favorite faculty performers as well as new voices. These artists mentor our workshop participants and set Fort Worden a-ringing with our Acoustic Blues showcase performance in the McCurdy Pavilion and pop-up clubs around the fort for Blues in The Clubs.