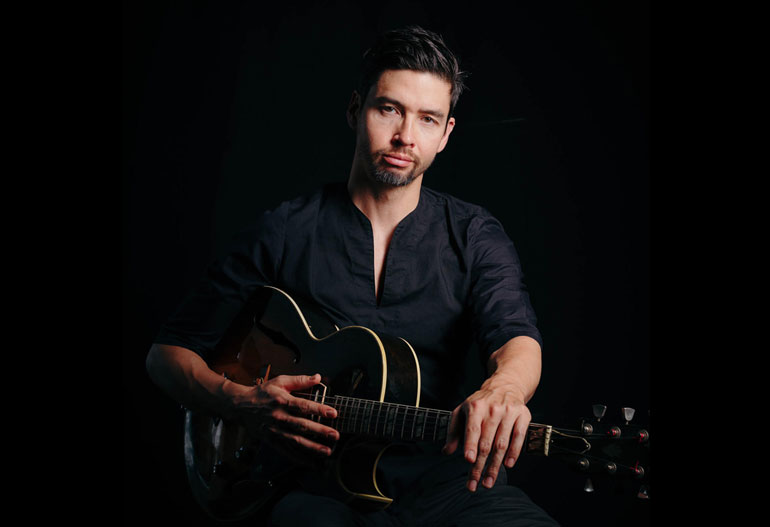 Miles Okazaki, a New York based jazz guitarist who was born and raised in Port Townsend, will give a solo guitar concert Thursday August 22 at 7:30 PM at the Port Townsend Quaker Meeting Hall, 841 Sheridan. Tickets will be available at the door with a suggested donation of $20. No one will be turned away for lack of funds.

Okazaki has recently released a six CD solo guitar recording of the complete compositions of Thelonious Monk. In a recent interview, Okazaki compares Monk with Bach in that “Monk’s music, like Bach, works on any instrument because the structures are so strong and clear.”

In his August 22 performance, Okazaki will perform selections from the Monk project along with some jazz standards.

Okazaki’s approach to the guitar is described by the New York Times as “utterly contemporary, free from the expectations of what it means to play a guitar in a group setting — not just in jazz, but any kind.” As a band leader he has released four albums of original compositions over the last 12 years and is an artist on the Pi Recordings label.

Among his many musical projects he also teaches guitar and rhythmic theory at the University of Michigan and has published a book Fundamentals of Guitar for Mel Bay. He holds degrees from Harvard University, Manhattan School of Music, and the Juilliard School.