Centrum is proud to welcome six artists into its 7th annual October residency, in which artists are invited to immerse themselves in the multi-faceted landscape of Fort Worden and will receive private lodgings and studio space and opportunities to both build community and develop their individual practices as needed. This year, Centrum received 89 applications from a hybrid nomination/open-call process, and a panel of three jurors: Kemi Adeyemi, Avantika Bawa, and Benjamin Gale-Schreck selected the finalists. 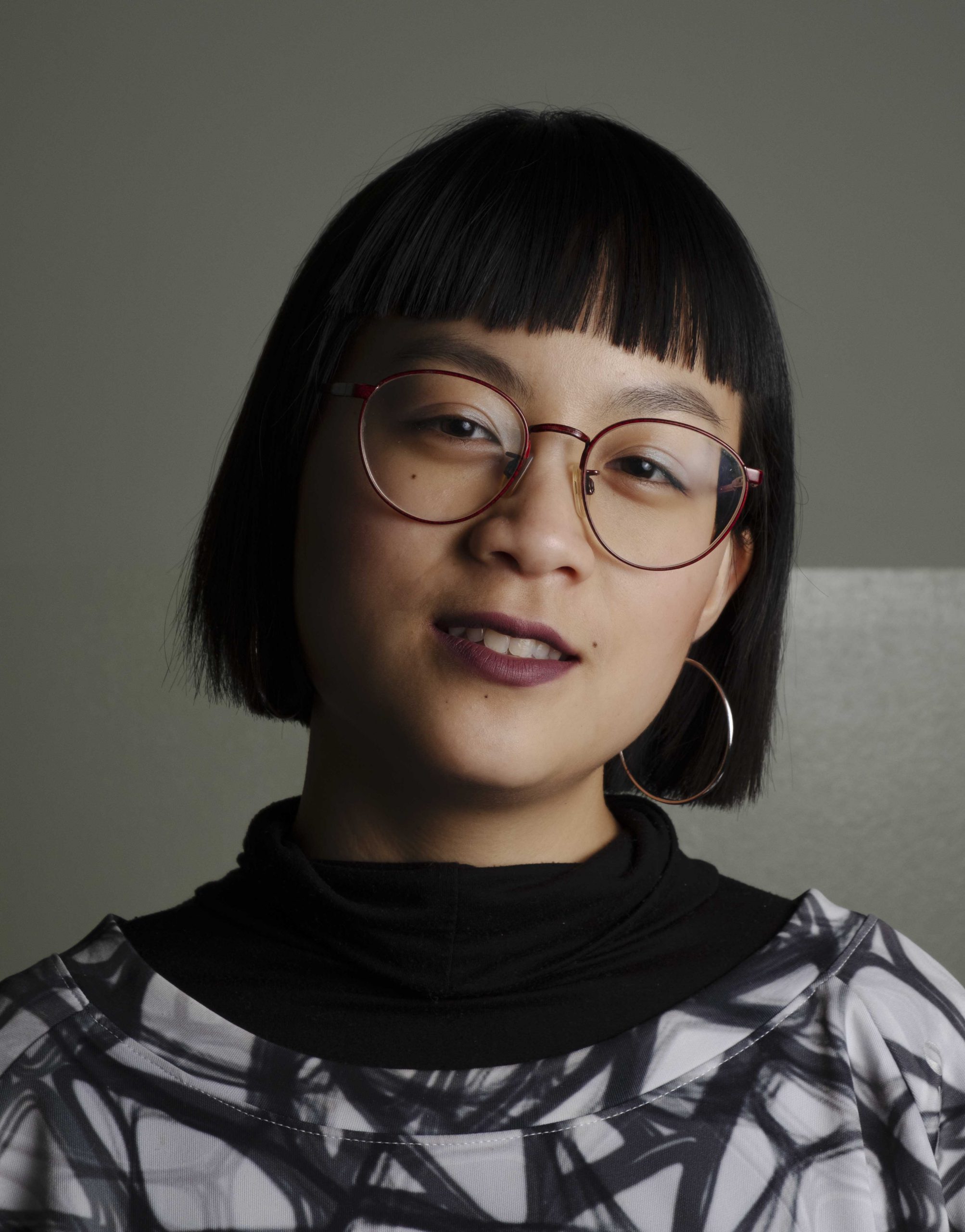 Russna Kaur (b. 1991, Toronto, ON; lives and works in Vancouver) is a mixed media artist whose work explores alternative ways of addressing her identity as a Canadian of South Asian diaspora through an experimental painting practice. She graduated from the University of Waterloo earning a BA with a major in Fine Arts: Studio Specialization (2013) and the Emily Carr University of Art + Design (2019) where she received a Master in Fine Arts. Kaur was awarded the Gathie Falk Visual Arts Scholarship, the University Women’s Club of Vancouver Graduate Scholarship, the Audain Faculty of Art Graduate Teaching Fellowship and was shortlisted for the Social Sciences & Humanities Research Council (SSHRC) Canada Graduate Scholarship. This year Kaur was awarded a Burrard Arts Foundation Artist Residency in Vancouver and is the recipient of the Takao Tanabe Painting Prize for emerging painters in British Columbia and the IDEA Art Award. 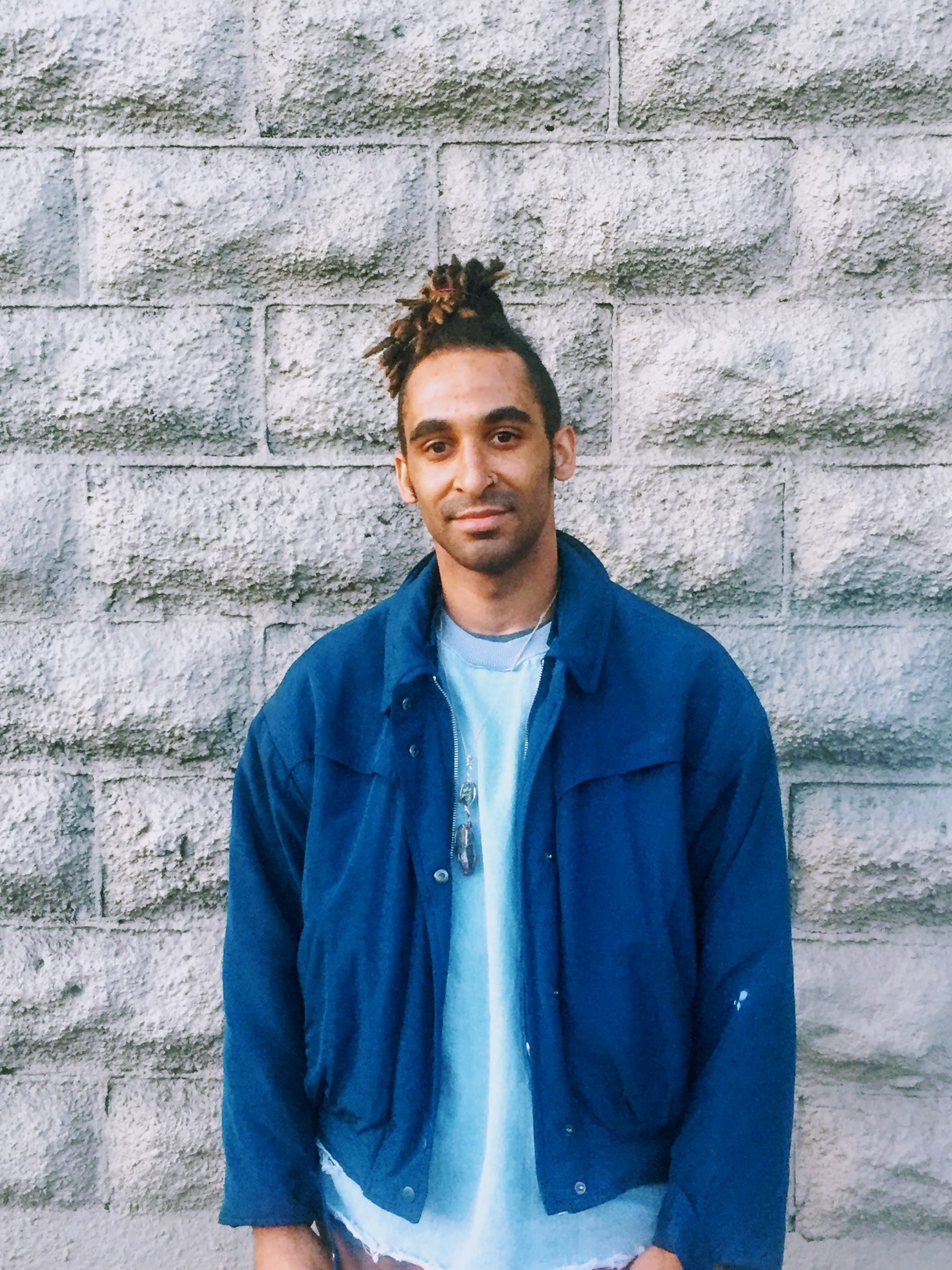 Chase Keetley is a multi-disciplinary African-Canadian artist whose work is based in the Black Experience. He primarily investigates the mimicry and use of Blackness like the appropriation of cultural practices and iconography rooted in the Pan-African Ethnography. Through breaking down the identities, desires, and investments of non-Black people and how they live vicariously through Black Culture without actively dismantling the issues that coincide within its existence.
In the summer of 2018 he started a community organization called Black Arts Vancouver. Chase has dedicated a majority of his practice to the research on British Columbia’s Black History, in order to provide proper information and education in their workshops. As well as provide secure spaces for Vancouvers Black youth to not only learn about themselves, but where they stand in history apart from the white settler narrative. Dawn Stetzel is an artist living in the USA on the Long Beach Peninsula on the southern coast of Washington. Living in a place of tides and tsunamis where “land is not always land, sometimes it is water”, has informed her work regarding home and perceptions of safety. She has an MFA from the College of Visual and Performing Arts at The University of Massachusetts at Dartmouth and recently exhibited her performative sculpture at the Portland Biennial in Oregon. 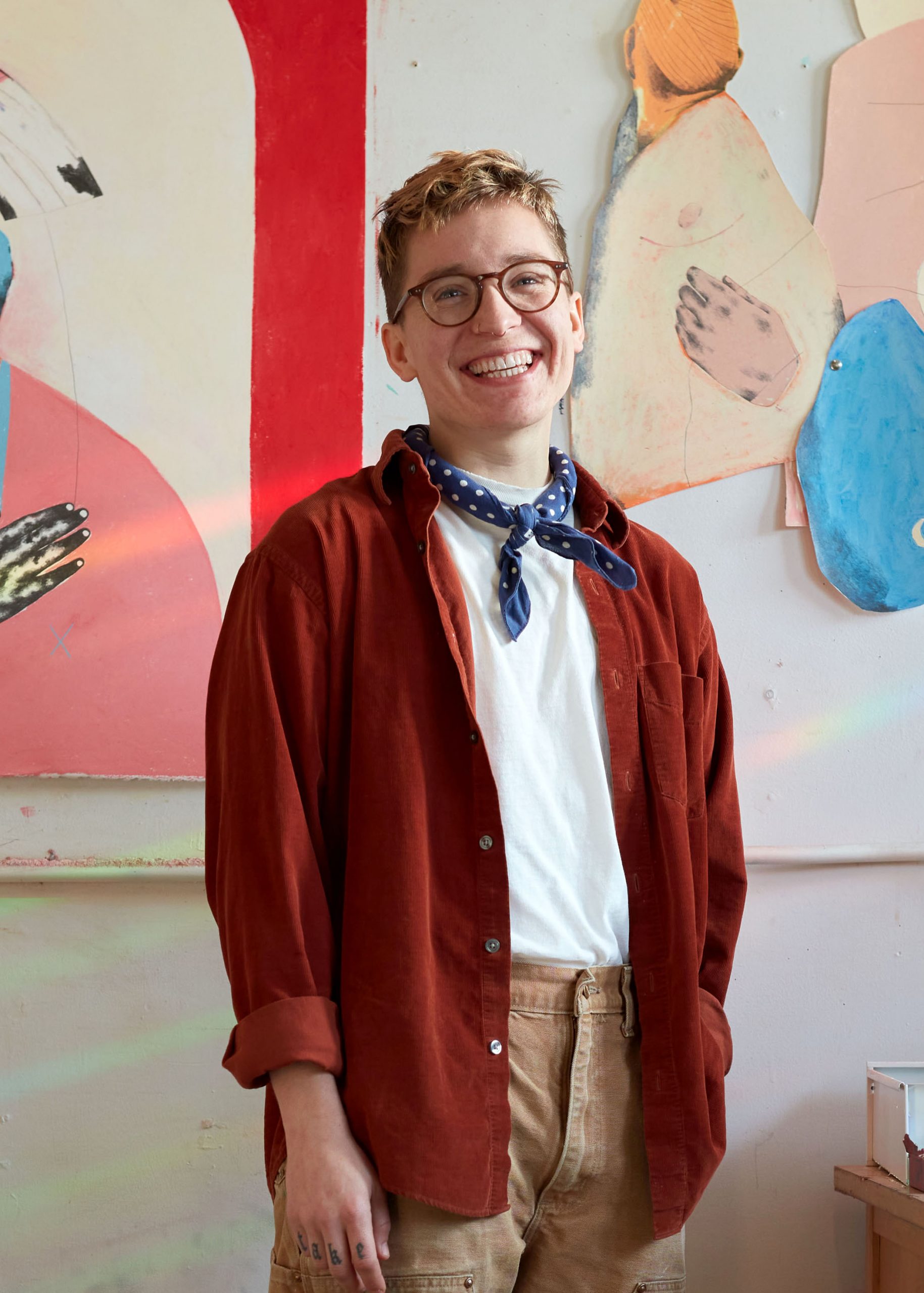 Pace Taylor is a non-binary trans artist based in Portland, OR. They are emotionally preoccupied with Tenderness (and who it is afforded to). Pace received their BFA in Digital Arts from the University of Oregon in 2015. They have exhibited a number of times regionally, including at Disjecta, Weiden + Kennedy Gallery, Womxn House, and an upcoming show at Third Room Project. Other recent opportunities have included Prequel PDX (2018), an emerging artist fellowship program, and Tomorrow River Homestead Residency (2019) in Nelsonville, WI. Vo Vo is a radical educator of 10 years in over 20 countries in Inclusion, Refugee Support, Trauma-Informed Care, and Racial Justice. Editor of an internationally renowned publication for People of Color, speaker, curator and musician who has toured in Australia, Germany, The Netherlands, Croatia, Finland, Denmark, Sweden and the States. Anarchist and local festival organizer. One of the festivals they curate is IntersectFest: A Festival For and By People Of Color – now in it’s fifth year. It has featured over 200 Black, Indigenous, and POC artists, including dancers, poets, filmmakers, curators, visual artists and more. Their recently initiated career as a visual artist has seen them primarily work in textiles, embroidery, weaving, and furniture building. Their installations seek to interrogate power dynamics, structural oppression, discuss histories of imperialism and colonization, and invite interaction from participants.
Photo credit: Intisar Abioto Kemi Adeyemi is Assistant Professor of Gender, Women and Sexuality Studies and Director of The Black Embodiments Studio at the University of Washington. Her writing and curatorial projects use performance as a site and methodology for theorizing the contours of contemporary black queer life. Her book, Feels Right: Black Queer Women’s Geographies of Neoliberalism, is under review and her co-edited volume, Queer Nightlife, is in press. Recent writing has appeared in GLQ, Women & Performance, the Routledge Handbook of African American Art History, Transgender Studies Quarterly, Gulf Coast: A Journal of Literature and Fine Arts, and QED: A Journal of GLBTQ Worldmaking.

Kemi currently serves as dramaturge for Will Rawls’ new project [SICCER] and has written on and for artists including Tschabalala Self, Jovencio de la Paz, Indira Allegra, Brendan Fernandes, and taisha paggett. She curated Amina Ross’ 2019 solo show at Ditch Projects, and co-curated Unstable Objects in 2017 at the Alice Gallery. 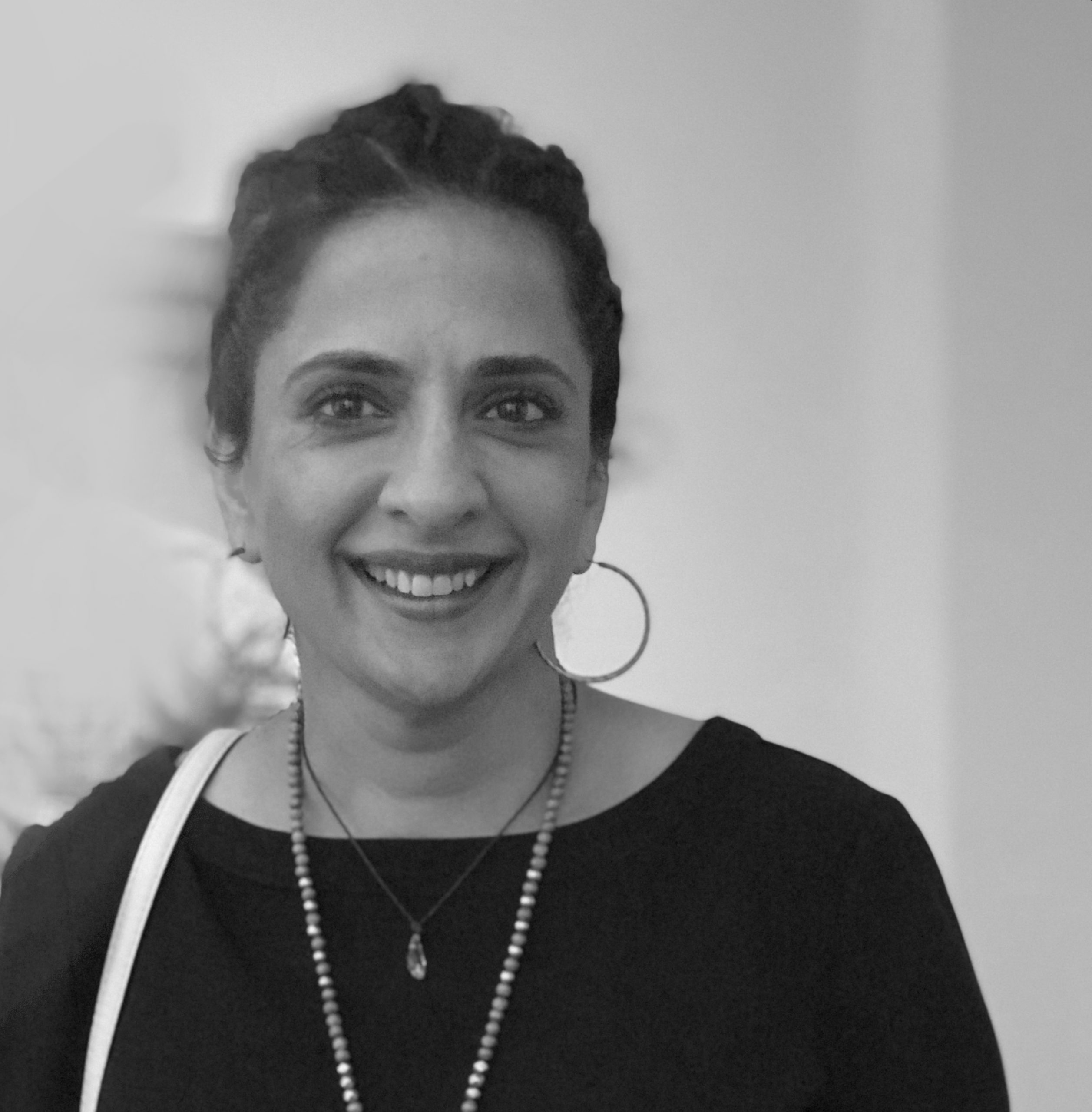 Avantika Bawa lives and works in Portland, Oregon. Originally from New Delhi, India, she received an MFA in Painting from the School of the Art Institute of Chicago and a BFA in the same from the Maharaja Sayajirao University, Baroda, India.
Noteworthy exhibits include solos at The Portland Art Museum, Suyama Space, Seattle, Columbus Museum, GA, Saltworks Gallery and the Atlanta Contemporary Arts Center, Atlanta, GA; Nature Morte and Gallery Maskara in India, White Box and Disjecta, Portland, OR.
Bawa has participated in the Skowhegan, UCross, MacDowell Colony, Kochi Biennial Foundation and Djerassi residencies among others.
She is the recipient of several awards, notably the Oregon Arts Commission Joan Shipley Award, the Crow’s Shadow Institute of the Arts 2018 Golden Spot Residency Award and the Hallie Ford Fellowship presented by the Ford Family Foundation. Avantika is currently Associate Professor of Fine Arts at Washington State University Vancouver, WA.
www.avantikabawa.net 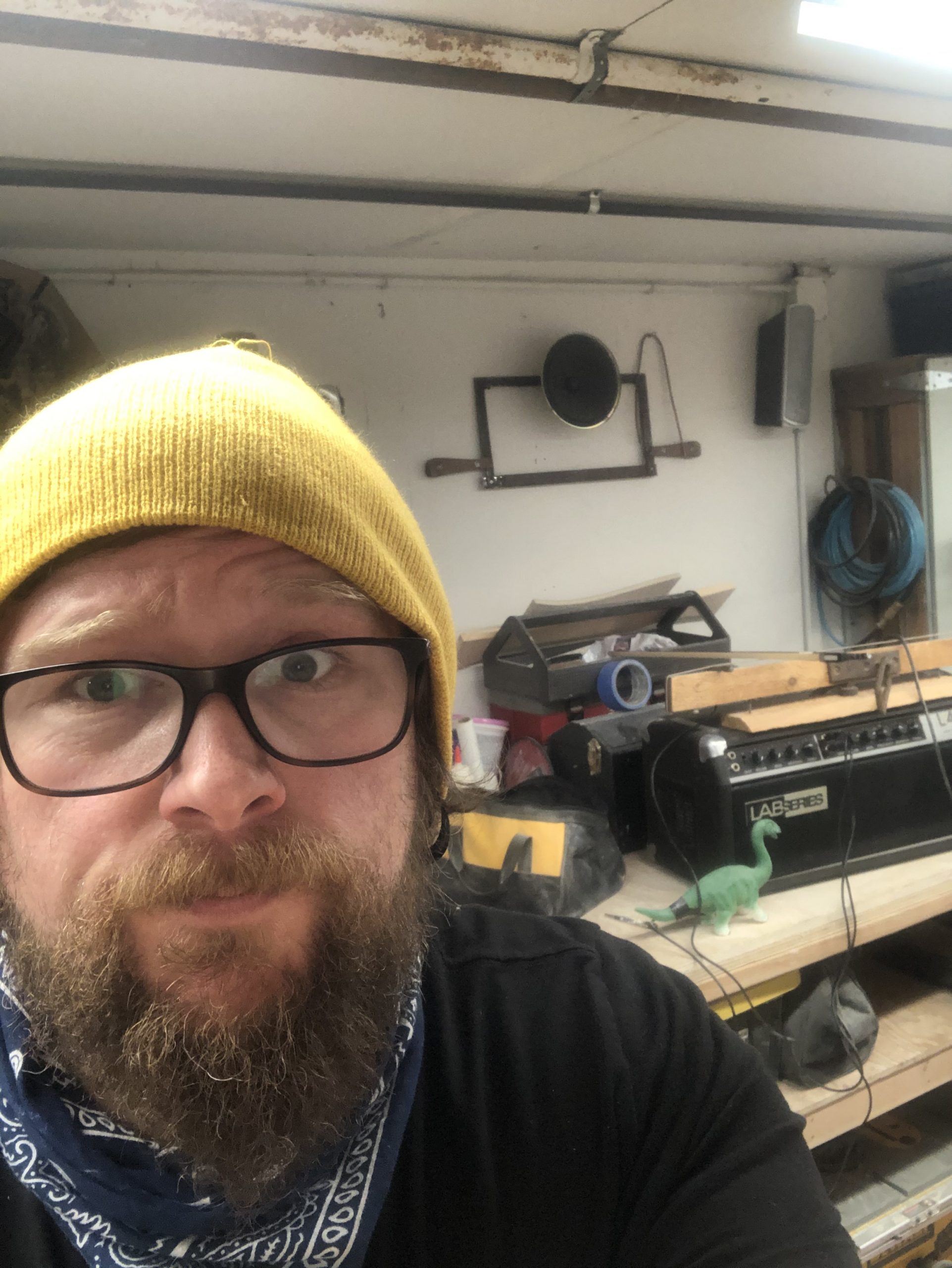 Benjamin Gale-Schreck is an interdisciplinary artist, residing in Seattle Washington. Gale-Schreck’s practice resonates with familial relationships and generational departures. Building upon an inherited mythos, coming from several generations of teachers and laborers within the trades, saturates his work. Through explorations in sound, object-based performance, and collaboration; Gale-Schreck weaves the present into the past.

Born in Carlock Illinois he later moved to Boulder Colorado to attend the University of Colorado at Boulder, where he graduated with a BFA in Sculpture, as well as a BA in Art History in 2013.   Benjamin received an MFA from the University of Washington Seattle in 2016. Following his MFA Gale-Schreck has worked with many Seattle arts organizations as an educator, fabricator, and practicing artist. Currently, Gale-Schreck is the Assistant Curator for the Seattle Office of Arts & Culture and continues to develop new work with two long term collaborators, his two children. Gale-Schreck was also a Centrum Emerging Artist resident in 2017.