Originally aired live on November 19, 2020.
Jazz Lessons the at Changed My Life
A conversation hosted by John Clayton
with Tia Fuller, Marion Hayden, and Allison Miller

Jazz Port Townsend veteran Tia Fuller is joined by first-timers Marion Hayden and Allison Miller for a conversation with John Clayton called “Jazz Lessons That Changed My Life.” If previous episodes are any indication, they will dig deep and bare their souls. Originally aired on Thursday, November 19. 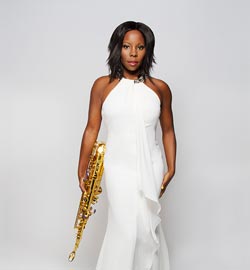 Born in Detroit in 1952, Marion Hayden grew up on the industrial west side of the Motor City, taking up piano at the age of nine, and bass at 12. She took classes at Michigan State University and then the University of Michigan, gaining a liberal arts degree with a minor in entomology, then took a position with the Michigan Department of Agriculture while working the nightclub circuit. From there her career took off as one of the founding members of the all-female ensemble Venus, followed by the band Straight Ahead in collaboration with Regina Carter, pianist Eileen Orr, and drummer Gayelynn McKinney. Her versatility led her to a wide variety of engagements, but also gave her the opportunity to develop her skills as an educator and she is now on  the faculty at the University of Michigan School of Music. She has performed or recorded with such jazz veterans as Kirk Lightsey, Ralph Peterson, Jr., Terry Callier, Dizzy Gillespie, Sonny Fortune, Kenny Burrell, Steve Turre, Cecil Bridgewater and James Carter, Her solo CD Visions was released in 2008, and she has composed a suite based on the writings of poet Phyllis Wheatley. 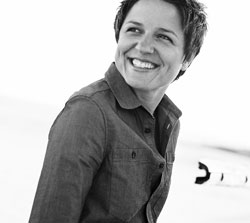 New York-based drummer/composer/teacher Allison Miller engages her deep roots in improvisation as a vehicle to explore all music. Described by critics as a Modern Jazz Icon in the Making, Miller won DownBeat magazine’s 67th Annual Critics Poll “Rising Star Drummer” and JazzTimes magazine’s Critic’s Poll. Her composition, “Otis Was a Polar Bear,” is included on NPR’s list of The 200 Greatest Songs by 21st Century Women+. She is also the first recipient of the Mid-Atlantic Arts Foundation’s Commissioning Grant. In January 2020 Miller along with her band, Boom Tic Boom, tap dancer-Claudia Rahardjanoto, and video designer Todd Winkler premiered a new multimedia suite, In Our Veins.
Allison teaches at the New School for Jazz and Contemporary Music (where she was recently named a Melba Liston Fellow), Stanford Jazz Workshop, Centrum, Geri Allen Jazz Camp, and is the Artistic Director of Jazz Camp West. She has been appointed Arts Envoy to Thailand for her work with Jazz Education Abroad.