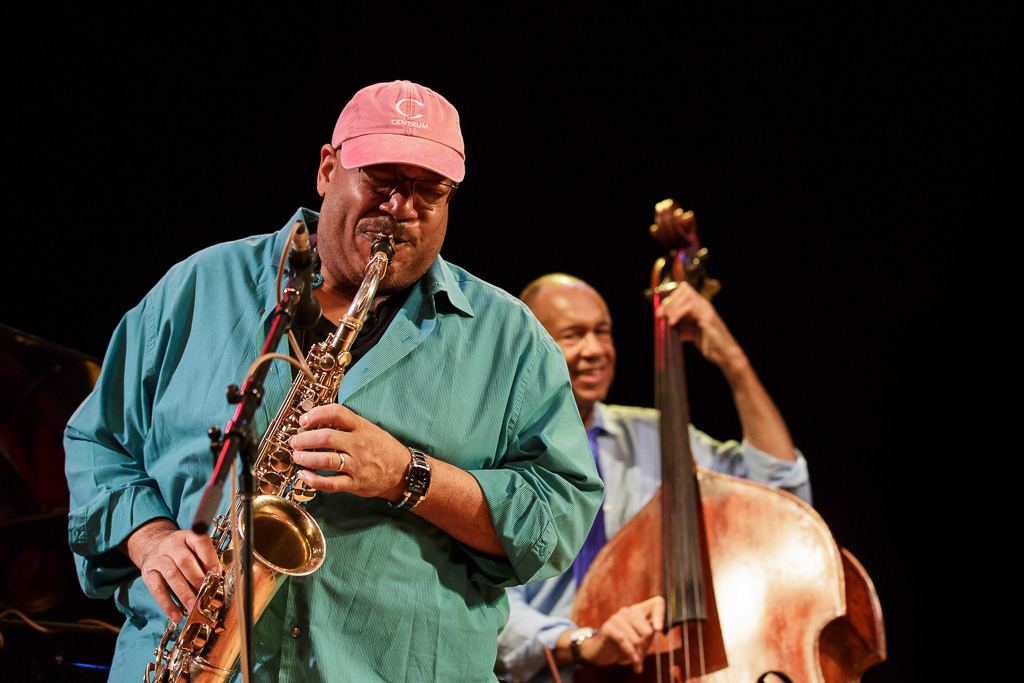 We take special note today of the passing Wednesday night of Jeff Clayton, longtime faculty member and brother of Artistic Director John Clayton. Jeff’s primary instrument was the alto sax, and he had a powerful and distinctive voice. I first heard Jeff talk about his playing in 1993 at a masterclass. It was clear he took practicing seriously and was disciplined and methodical about it. The reward was a fluid technique and joyous sound that was the vehicle for his wonderful musicianship.

Jeff was a serious and generous teacher. When I came on at Centrum I asked if he would take on the considerable task of evaluating the alto sax audition tapes. He said he would, but only if he could evaluate the tenors and bari’s as well, some 40 or so in all. Then he asked me for their phone numbers so he could talk to each one personally about their audition. Extraordinary.

Jeff’s knowledge of jazz was encyclopedic, but his tastes reached even farther. One notable example was how his many years of practice and study resulted in achieving his long-term goal of playing in Stevie Wonder’s band. What struck me most about his relating how that came about was how matter-of-fact he was that it was simply the result of desire coupled with thorough preparation.

John likes to talk about the Jazz community as a family, and is known for greeting a room full of musicians with a hearty, “Hello, Family!” I have a sense that the Clayton family is a close one. Indeed, when I talk with him John almost always refers to Jeff as “my brother.” We send our warmest wishes to the entire Clayton family as they say goodbye to one of their own.