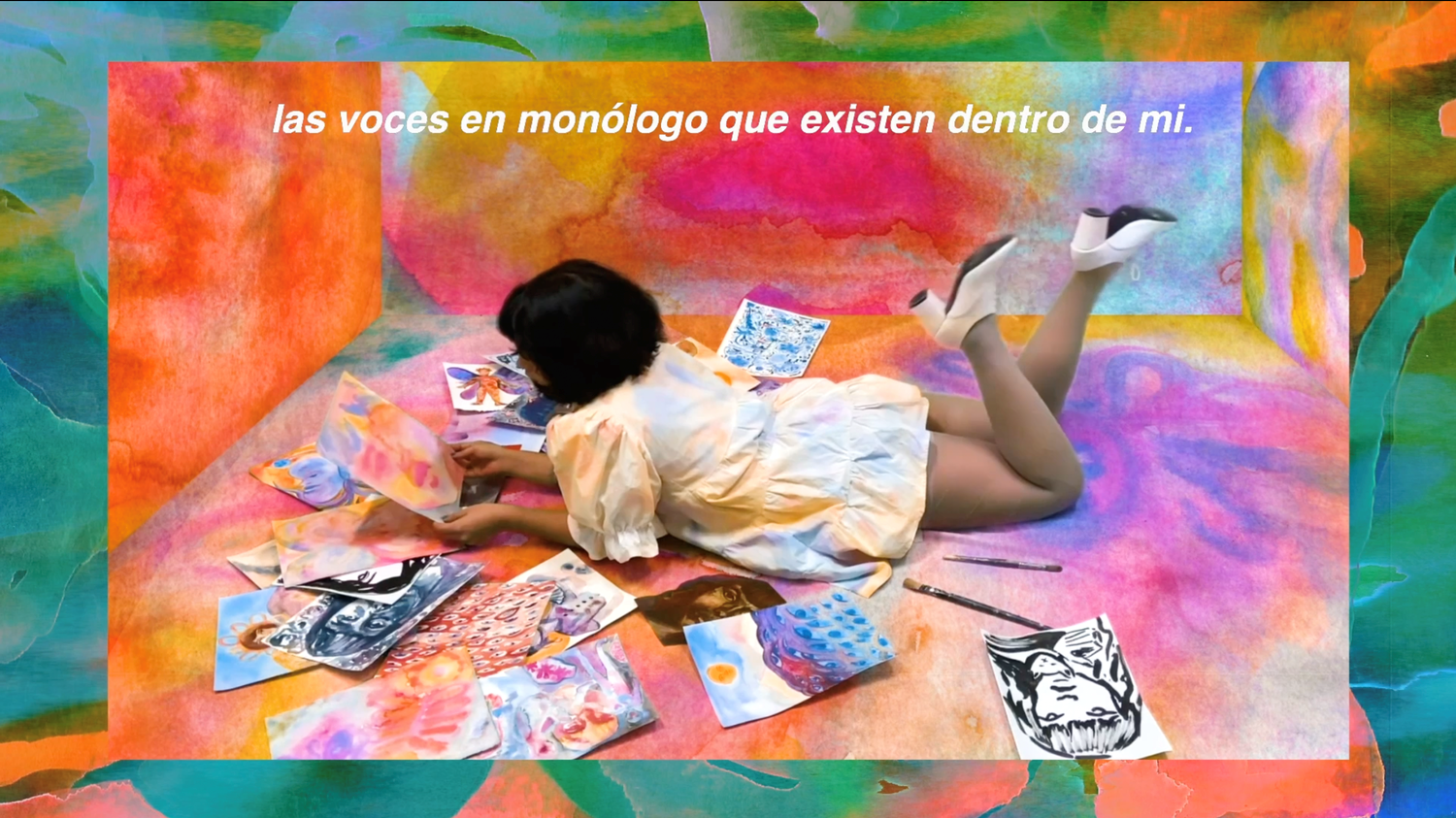 The Emerging Artist Residency is in its eighth year of providing emerging artists with stipends, lodging, studio space, and access to a community of peers and professionals. Congrats to all the recipients and thank you to the jurors for their hard work in selecting this group! 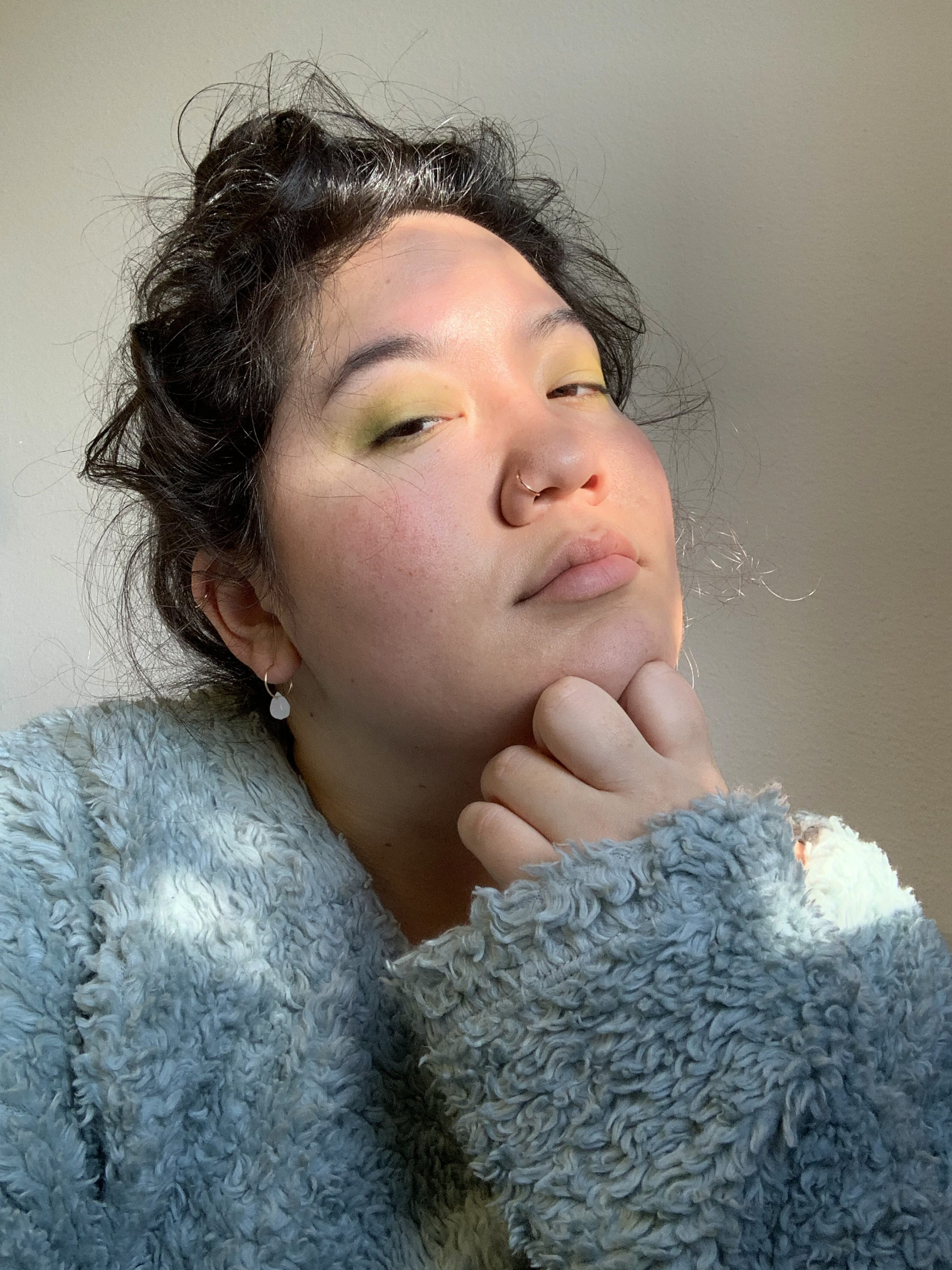 Mel Carter is a Yonsei (fourth generation) Japanese American and non-binary femme based in Seattle on Coast Salish and Duwamish lands. Experiences within the Japanese diaspora, queerness, exploration in modern witchcraft, rituals, and mythology inform their art practice, working in tandem with waste reduction and environmental justice in the cultural context of the Pacific Northwest.

Dropping through actions of the everyday mundane and focusing on the inherently magical properties of domestic spheres, their work is influenced by marine ecosystems, elements from fables, and traditional Japanese imagery. With a refusal to work within a specified medium, impermanent materials for mortality like food and plants are often used combined with elements of sculpture, garments, and textiles within a performance or installation. Woodrow Hunt is an artist of Klamath, Modoc and Cherokee descent. Woodrow was born and raised in Portland, OR where he is currently making work. Woodrow’s film practice is focused on documentary and experimental forms. His experimental work explores the functions and relationship between digital video and memory and the ways digital video can communicate issues related to the Native community. His film production company, Tule Films, provides video services to Tribes, Native businesses and organizations, or to projects which collaborate directly with the Native community; many of which are focused on education. His films have screened at the Portland International Film Festival, Ann Arbor Film Festival and other festivals internationally including his most recent screening at MoMA DocFortnight 2021. His work has been included in the ArtForum print article “Artists’ Artists 2020,” the Boston Art Review, and Hyperallergic’s online articles about COUSIN Collective. Woodrow and his creative collaborator Olivia Camfield (Mvskoke Creek) are featured artists of COUSIN Collective. Laura Camila Medina is an interdisciplinary artist born in Bogotá, Colombia. Her immersive installations and animated collage work are rooted in self reflection, the transformation of memory (both personal and collective), and the multiplicity of identity. Her work has been exhibited at the Center for Contemporary Art & Culture, PLANETA New York, Fuller Rosen Gallery, Wieden + Kennedy, the Portland Art Museum, and alongside the Nat Turner Project. She is a recipient of various awards and residencies including: the New Media Fellowship at Open Signal, Artist in Residence at the Living School of Art, IPRC Artists & Writers in Residence Program, ACRE Residency, and most recently the Centrum Emerging Artist Residency. She earned her BFA at the Pacific Northwest College of Art and is currently based in Portland, OR. Ansar El Muhammad (they/them) is a multimedia conceptual and often experimental artist based in Portland Oregon. They believe in community, accessibility and art as a social practice. Through their work they hope to connect other emerging artists with the experiences and platforms they need to grow in their own way. Ansar creates work that speaks to their own community as a Black, Latinx, Queer and Muslim human. Their work explores identity, connection and processes trauma. 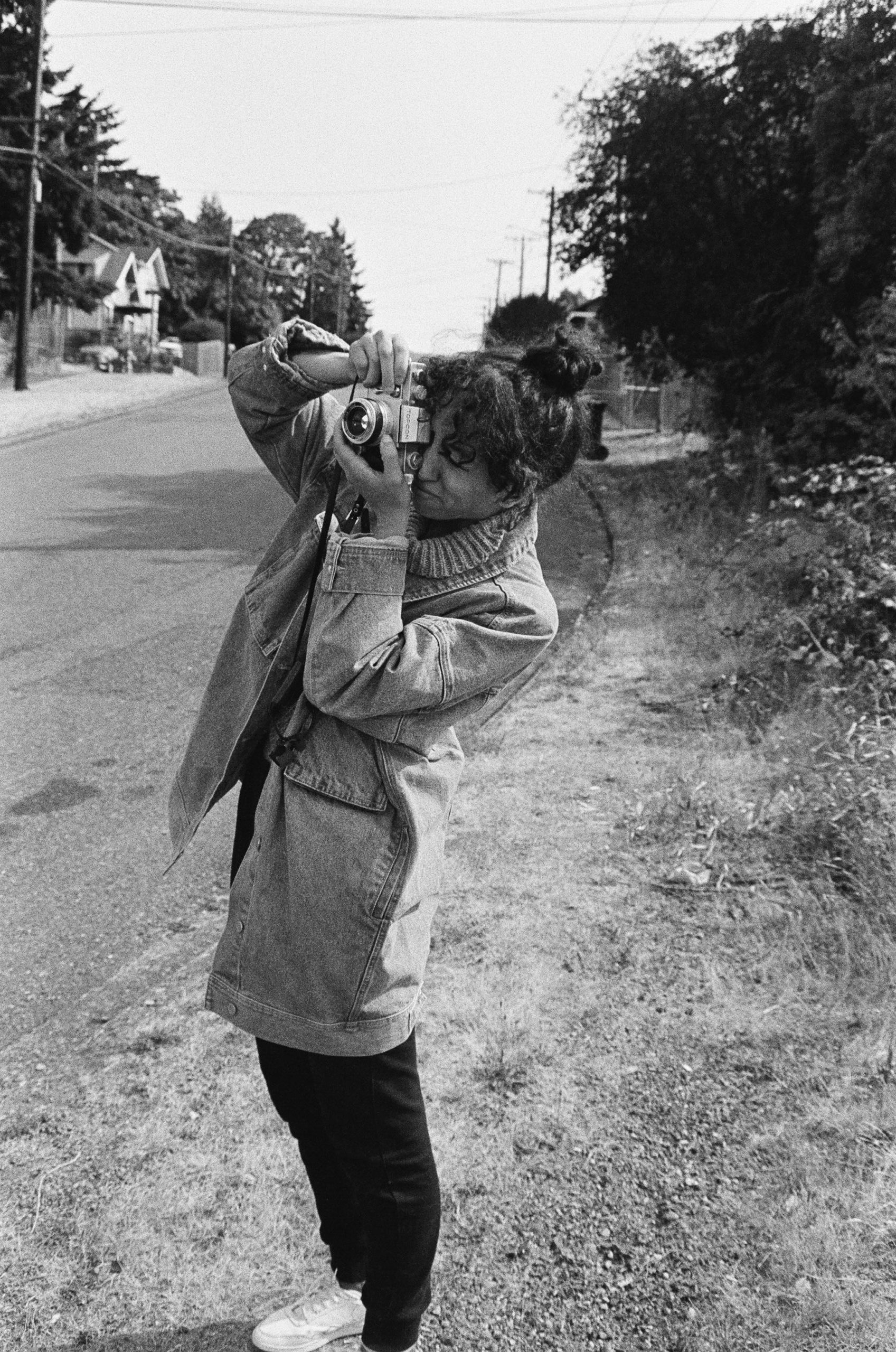 Hayla Ragland is a Seattle-based intermedia artist. She received a BFA in Studio Art and a BA in Psychology from University of Kentucky, where she was a John R. Gaines Fellow for the Humanities. The artist’s practice is responsive to her work in social and cognitive psychology, including work at the Markey Cancer Center, the Sanders-Brown Center on Aging and as a caregiver. Her artwork maintains concerns for cognition, behavior, and health, and their interventionary roles in social constructs and racialized histories. Using textile, sculpture, and photography, Ragland constructs motifs of the unsound body, investigating the seat of the grotesque in contemporary visual culture, with respect to race, gender, ability, and mediated conceptions of worth. Ragland has completed residencies at Vermont Studio Center, Artscape Gibraltar in Toronto Canada, and is the May 2021 resident at Oxbow, Seattle. She’s the recipient of a Chinese travel grant from the Confucius Institute and a Names Fellow Award from the Photographic Center Northwest. Her most recent solo show, entitled /Sections, was on view at Shift Gallery, in Seattle, Washington in January of 2021. Angelic Goldsky [t(he)y] is Russian-Jewish trans-gender, queer poetry-excavator and performer. They have been honored to transmute words across Turtle Island and Europe, unearthing what was once buried in silencing language. Goldsky likes to rip apart and release definitions of queerness, transness, spirituality, refuge, migration and exile. They do this through clownery, spoken word music, and performance sorcery, leading them international stages with rabbis, queer clowns, trans politicians, the United Nations, TEDx and the Vogue Theatre. They have been published in Frontier Poetry and SAD Mag among other journals, as well as work on the editorial board of the Room Magazine. They have performed embodiment work exploring radical presence at the Belkin Art Gallery’s Spill: Response and the Or Gallery’s Resurgence exhibition. Goldsky has developed programs in partnership with The Museum of Anthropology, Jewish Queer Trans Vancouver and Everybody Is In Downtown Eastside, working in community cohesion through art and media. They love creating arts space where everyone can be celebrated and honored in full spectrum. They are currently the Poet in Residence at Roundhouse Community Arts Centre, leading various community arts engagement programs for youth and the LGBTQQ2SIA+ community. Angelic has been known to hate taxidermies and love timelessness.

Chase Keetley is a multi-disciplinary African-Canadian artist whose work is based in the Black Experience. He primarily investigates the mimicry and use of Blackness like the appropriation of cultural practices and iconography rooted in the Pan-African Ethnography. Through breaking down the identities, desires, and investments of non-Black people and how they live vicariously through Black Culture without actively dismantling the issues that coincide within its existence.

In the summer of 2018 he started a community organization called Black Arts Vancouver. Chase has dedicated a majority of his practice to the research on British Columbia’s Black History, in order to provide proper information and education in their workshops. As well as provide secure spaces for Vancouver’s Black youth to not only learn about themselves, but where they stand in history apart from the white settler narrative. Jaleesa Johnston is an interdisciplinary artist, educator and arts administrator currently living and working in the Pacific Northwest. She holds a BA from Vassar College and an MFA from the San Francisco Art Institute. She has been the recipient of the AICAD Post-Graduate Teaching Fellowship, Centrum’s Emerging Artist Residency, Open Signal’s New Media Fellowship and an Artist Trust Fellowship Award. She has exhibited her work in cities along the west coast, including San Francisco, Portland and Seattle, and she occasionally facilitates workshops and classes in new media and performance art. Jaleesa also organizes public programs as Programs Lead in the Learning and Community Partnerships Department at the Portland Art Museum.. Thea Quiray Tagle, PhD is a curator, writer, and an assistant professor of ethnic studies and gender & sexuality studies at the University of Massachusetts Boston. Throughout her various research and creative projects, Thea remains interested in the following questions: how can socially engaged art and performance move us, collectively and individually, to inhabit the world and relate to each other in ways that are non-extractive, anti-capitalist, and queer?  Thea’s writing on contemporary art and site-specific performance, visual cultures of violence, and speculative futures in across the Pacific can be found in scholarly and popular venues including ASAP/J, American Quarterly, and Hyperallergic. For more about her writing, teaching, and curatorial projects, visit her website: www.theaquiraytagle.com